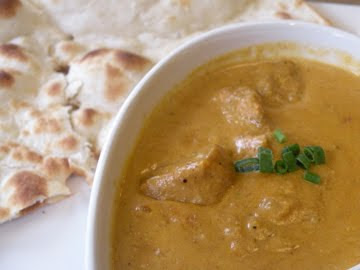 Written and Photographed by Bryan Fox

Businessmen in Seoul will often enter a restaurant at lunchtime with the question "What's the quickest?".  But we're not in such a hurry.  This month, we'll take a stroll down the streets of Gangnam Station on a tour of the best lunch spots in Gangnamdaero, the neighborhood’s main drag. 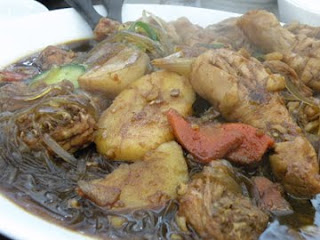 Korean sources have confirmed that the popularity of Jjimdak – a soy sauce based chicken and vegetable dish - has soared in the past few years.  There are several franchised restaurants in the area, some of them serving up creative varieties of the dish including seafood and shellfish along with the chicken and noodles. But for the freshest, tastiest Jjimdak, go to Bong Chu Chicken, next to the Dublin Bar.  There's only one thing on the menu here, but that's all you need. For 24,000 won will get you a table-sized portion of steaming hot goodness and a pair of scissors to help work your way through the fun.  Bong Chu doesn't skimp on the vegetables -like many other Jjimdak joints- and you can order less spicy version of the original, which is not a bad idea if you want to make it through the meal without a napkin on your forehead. Much like the tango, it takes two to eat Jjimdak, and both lunch and dinner rush hours may require a little wait, because the restaurant only has about a dozen tables (plus, Jjimdak isn't a meal you want to rush through). 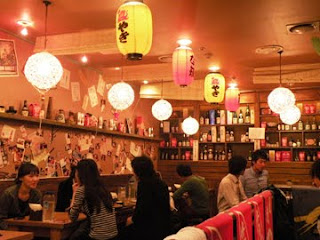 You can't swing a wet udon noodle without hitting a Japanese-style izakaya (booze and snack bar) in Gangnam, but in both quality and authenticity, Omoya stands a katsu above the rest.  A big menu covering all the Japanese bases is available - fish, pork and chicken katsu, Japanese-style curries, and bowls of steaming hot udon and soba can help take the edge off an aggressive winter's day. The chicken katsu is recommended - a robust and tangy katsu sauce is served with sesame seeds and a mortar and pestle to grind down the garnish.  The pot noodles with egg and prawn is another hearty meal, and finishing any of the tasty brown curry dishes is a formidable challenge. For those bringing a super-sized hunger to the table, a side bowl of udon can be had for only 2000 won.  There are no lunch specials, but all items on the menu run between 8,000-13,000 won, service included.  There are also over a dozen types of sake available for those inclined towards heading back to the office with a smile.  At around noon, the place fills up quickly, but with two floors to seat diners, the wait shouldn't be long unless you bring friends. 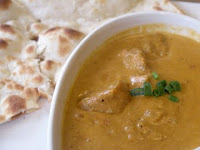 If you walk up the street that leads away from Gangnamdaero at a diagonal (look for a French fry stand on the corner), you'll find a hidden treasure. Vin 103 is an unassuming and modern Indian establishment with a lot of character and some fantastic lunch specials.  Vin 103 may not look like an Indian place - the exposed ductwork and quirky wall hangings seem more suited to a cafe or an early-evening bar - but you'll smell the delightful aroma of Indian staples wafting out of its kitchen from half a block away.  It may be one of the only restaurants in the area that you can find by following your nose.  Vin 103 offers a full Indian menu, but at lunch the only sensible options are the curry sets. Set ‘A’ (8,000w) is the basic curry and rice menu.  Set ‘B’ (9,500w) includes nan bread and a samosa, and a set ‘C’ (11,000w) throws in two pieces of what is hands-down the most succulent, juicy, and flavorful tandoori chicken in the city. There are four styles of curry available with beef, chicken, or vegetable options. Our bet is on the korma (cream) curry, but all varieties are tasty.  One problem we encountered is that some days, the curries, though tasty, are a bit light on the meat, though with all the extras served up in the ‘C’ set, you'll have no problem walking away not only sated, but also happy. 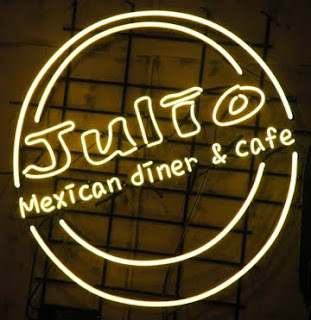 Mexican restaurants have recently invaded the Gangnam area with force.  Burrito joints have opened up on both sides of Gangnamdaero with varying levels of quality and authenticity.  Julio Mexican Diner and Cafe is an interesting and very affordable lunch option.  It's just a few doors up from Vin 103, on the same side of the road.  An extensive, if typical, Mexican menu is available but again, the lunch specials here are the way to go.  Sets with a quesadilla, two tacos, an enchilada, or combination rice are a bargain at 6900-7900w.  The food is fresh, and the tomato salsa is spicy, albeit somewhat un-Mexican in a way that's uniquely Seoul.  Get the point card, for it will get you free food after only a few visits.  Also, they have Erdinger beer on tap and they make really decent margaritas to order. 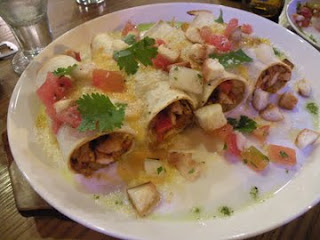 Finally, if you are looking for a spot to relax after lunch, there are several cafes in the same street past Julio, and also down the narrow alley leading off the road directly across from Vin 103 - there are enough coffee, tea, and dessert options for the even most discerning members of the cafe crowd.  Our bet is on a café nestled into the crook of the alleyway called Obliviate.  Touts from buskers with strong vocal chords and alarming enthusiasm will beckon you into the surrounding cafés, but Obliviate's expansive open terrace and three floors of creative indoor seating are welcoming places to pass the time on a winter afternoon.  Obliviate proudly serves organic beverages, and has an extensive menu with pages and pages of teas, hand-dripped coffees (priced at 7,000-10,000w), a dozen types of espresso (5,000-7,000w), a half-dozen varieties of frappuchino (7,500-8,000), and several freshly-squeezed juices.  If you’re wearing the same design sweater as your partner, feel free to share a hot waffle with ice cream (chocochip is divine), but if you’re dining alone the homemade brownies with Haagen Dazs ice cream (9,000w) are an indulgence. 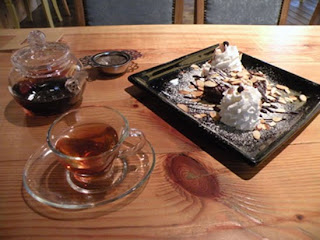 Directions: Leaving the subway at Exit 7 will put you on Gangnamdaero, the area's main though fare.  Walk along the street, take your first (or any, really) right turn and then turn left a the first intersection - in about five minutes, you'll come to an intersection that meets at a 45 degree angle - all of the restaurants described are in this immediate area.

SIDEBAR (all of these places have English-language menus, but staff don’t speak much English, websites are nonexistent, and even the business cards don’t have addresses, only small maps!)