December 22, 2009
This is a preview of what will be in the January Issue of the Groove magazine. This article is by Brian Dye of Kissmykimchi.com 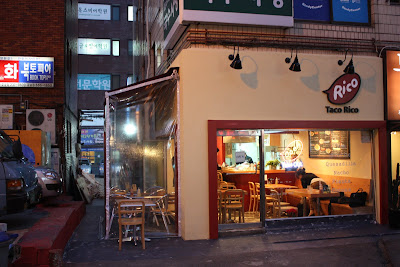 Let’s be honest. When it comes to Mexican food Seoul is a wasteland of dried shriveled jalapenos. I had resigned myself to places that serve up burritos that look the part but taste bland or other restaurants that dazzle you with colorful sombreros and piñatas or fruity margaritas in a desperate attempt to distract you from the food. Well, that was then. Today I’m pleased to inform everyone that I’ve found the real deal when it comes to Mexican food in Seoul: Taco Rico.

Jong-Sun and Allen are the co-owners and lifelong friends behind Taco Rico. They’ve known each other since their middle-school days in Korea. Adulthood took them in separate directions. Allen spent years studying in Bogotá, Columbia. Meanwhile, Jong-Sun studied in France before securing a consulting position with a top Korean company. The two kept in touch over the years until an opportunity arose for them to reconnect. While Jong-Sun was on a business trip in California he flew down to visit Allen who eagerly played tour guide, showing his friend the vibrant folk art, stirring music and the distinctive food. Their affection for the food led to an epiphany: people back in Korea might enjoy this. 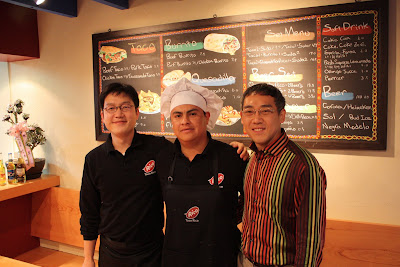 Authenticity is the foundation by which Taco Rico towers above the typical Mexican fare found in Seoul. The chef, Oscar Martinez, came to Seoul to cook at Taco Rico. Oscar specializes in the dishes of Northern Mexico and his ability to bring those flavors across the globe stems from a combination of ingenuity and foresight. For instance, since importing Mexican peppers would be a Sisyphean endeavor, they use Vietnamese peppers, which have the same spiciness. Plus, they make their own corn tortillas.

Their dedication to finding the right ingredients shows in the food. The team at Taco Rico keeps the menu simple and tasty. Tacos come in four varieties: chicken, pork, beef or guacamole. Burritos, a popular choice, can be had with chicken, pork or beef. Quesadillas and flautas round out the main dishes. Side items include nachos, chips with salsa or guacamole. Wash it all down with a Corona, Sol, or Negra Modelo. 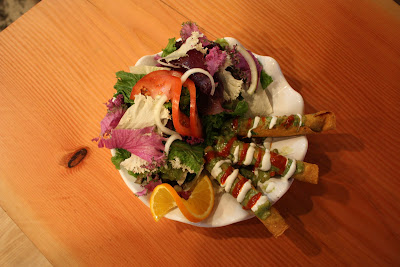 For the vegetarians out there Oscar’s got your back. He’s been known to whip-up a veggie burrito. As a bonus, if order in Spanish, you will get a discount on your meal.

When it comes down to it, despite being the new kid on the block, Taco Rico covers the bases like an old pro. Be sure to give them a chance to hit a home run to satisfy your Mexican food cravings. You won’t be disappointed.

Taco Rico  Gangnam: Go out Exit 8 of Gangnam station and make the first left at the GS25.Walk straight and follow the curve in the street and it will be on your left 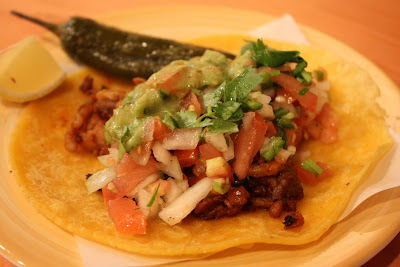 The best Mexican food in the city with an authentic taste and flavor.