How NOT to globalize Korean food article in the Korea Herald 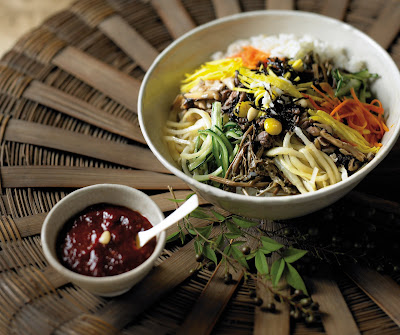 At the end of December 2009, the Chosun Ilbo published an article stating that the current spelling of "Makgeolli" might cause some non-Koreans to mispronounce it as Mak-jolee. The author suggested that the spelling should be changed and this would popularize this alcohol overseas. He recommended a few different options such as Maggoli, Makkoli, and Makoli.

I wish that the author had done some research to test this opinion, because it caused quite a stir with the aT Center (The Agro-Trade Center) and amongst the Korean public. The aT Center is a government organization that has been heading the Korean Food Globalization project and my company (O'ngo Food Communications) has been working with them on several different projects including how to market makgeolli overseas.

Back in October of 2009, our company and the heads of many makgeolli companies had a meeting to discuss changing the name of makgeolli. I will tell you the same thing I told them: it is not cost efficient, it will cause needless confusion, and it won't put the drink in people's hands.

If you Google the current spelling of makgeolli, you will get 75,800 hits on the traditional rice alcohol. This is the spelling accepted by CNN, the Lonely Planet, Wikipedia, Korean newspapers, the Korean government, and overseas newspapers. If you search for maggoli (which sounds like maggots), you will get 103 hits -- most are about a Scottish family. Makkoli has 35,000 hits (the top hits refer to a Japanese sushi restaurant in New Jersey) and most of the hits about "makoli" are of a famous chess player with the same last name.

Changing the name of something that is obviously accepted would cost the Korean government millions of dollars and cause endless confusion.

As for the pronunciation, I went around and videotaped 10 non-Korean speakers to see if they would pronounce makgeolli like mak-jolee. None of them did. Of the different pronunciations the ones that sounded closest to the original Korean were "Makgeolli" and "Makkolli" and I also interviewed linguistics expert Kara MacDonald of Hanyang University and asked her if she thought the spelling should be changed. Her response was, "Why change and generate confusion domestically and internationally?"

Makgeolli is an example of how Korea has a lot of fervor and passion to globalize, but has yet to do the research. They should also think of their audience.

Case in point, let's take the full page "Bibimbap" advertisement that was in the New York Times on Dec. 21. First of all, I applaud the Korean show "Infinite Challenge" for the initiative. The ad had a great headline: "How about Bibimbap for lunch today?" There was a gorgeous picture and they gave the phone numbers of several Korean restaurants in New York.

The text is what I have a problem with: "It is said that this dish came from the customers of memorial service and rural villages. This dish is very convenient to provide, just mixing of cooked rice with various vegetables, namul, and red pepper paste together."

First of all, death (customers of memorial service) doesn't arouse my appetite and non-Korean speakers will not know what "namul" is. It was a great idea, just poor execution.
The way that Koreans market Korean food for Koreans will not work overseas. Korea's "four seasons," "well-being," "good-for-health," "kimchi," and the "5 colors" will not convince the average person to try Korean food.

There are also differences in food textures. Some cultures don't like the chewy texture of the rice cakes in "tteokbokki" or the salty-sour taste of kimchi. Furthermore, not all foreigners are the same. What works in France doesn't mean that it will work in the United States and vice-versa.

Over the summer, my company was working on a project for a government tourism organization to write a brochure and make a PowerPoint presentation on Korean food to encourage the American press to come visit Korea. We were told to then translate this brochure into French to encourage the Michelin Restaurant guide to come. Obviously, just translating the document wasn't going to work because different cultures have different perspectives on food. Let's face it; food is very cultural.
For our project, we interviewed many non-Koreans on their impressions of Korean food. Once we explained Korea's cultural concepts of sharing, we found that the idea of sharing the side dishes, entrees, and soups was generally accepted and the idea quickly grasped.

Interestingly, the side dishes were considered by most to be the most noteworthy part of the meal. Korean barbecues were also a favorite and what most were most ecstatic about.

We found that Americans tended to favor dishes that involved using chicken -- chicken galbi was an overwhelming favorite. I believe it's because chicken is the most popular meat in America.
We also found that cucumber pickles were more popular than regular kimchi. I think it is because it reminded people of pickles.

Surprisingly, we found that many French people liked chicken and ginseng soup. They said it reminded them of a popular French dish: poule au pot.
My point is we shouldn't simply group all foreigners into one category. In order to globalize the food, we should do research to find which foods are best for different countries.

Korea should have a more cultural approach to food. Chinese cuisine is a perfect example. Chinese food is popular all over the world because they adapted the food for the local countries. Trust me, you won't find General Tso's Chicken, fortune cookies, or chop suey in China.
If Korea is to take Korean food to the world, they should know who they are taking it to and they should work to put the food in peoples' mouths.


The opinions expressed here do not necessarily represent those of The Korea Herald. Daniel Gray works for O'ngo Food Communications. You can follow his food adventures at www.seouleats.com -- Ed.

Here is the video I made on how people pronounce Makgeolli: