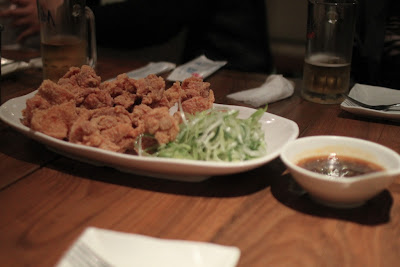 Fried Chicken and Beer is a magical combination that I think all people can agree with. The crisp, greasy chicken is washed down with the sparkling bitter slosh of brew. Now a stronger microbrew probably would be too strong for the crisp, light taste of Korean chicken, but the light Korean beers are a great pairing.

A week ago, I went to Shinchon for a good-bye party for a couple of my friends. For the first round we went to Korean Mania Chicken. This is another chicken franchise located in Korea like BBQ, Kyochon, Hotsun, and TwoTwo. The thing about Korean Mania is that they are at a lower pricepoint than most of the other restaurants (You can get an order of chicken for 10,000) and I think they have very crisp chicken with a light batter. 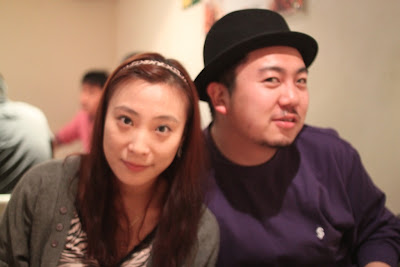 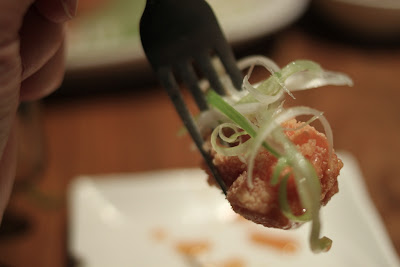 A close up of the spring onion chicken with tangy sauce.

We started out with the Spring Onion Chicken (파닭). This was boneless chicken- mainly skin- that is fried and served with green onions and with a tangy soy sauce. The sauce is a bit citrusy and the fresh taste of the onions adds a spring accent to the dish. 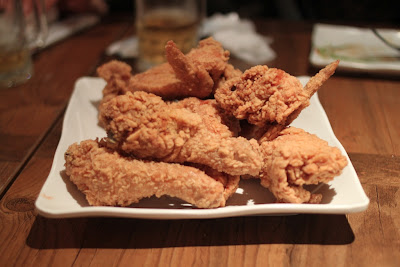 I had to have their regular fried chicken. The chicken is large, the skin is crisp, and went well with beer. My friend Yunkyeong and I had a bit of a misunderstanding because I was trying to do the polite thing and save her a leg (legs are the prized parts of chicken in Korea and it is a social taboo for 1 person to eat both without sharing), but apparently she doesn't like legs and prefers breasts. Well that led off a discussion on who at the table are leg people and chest people. Yeah...fun times. 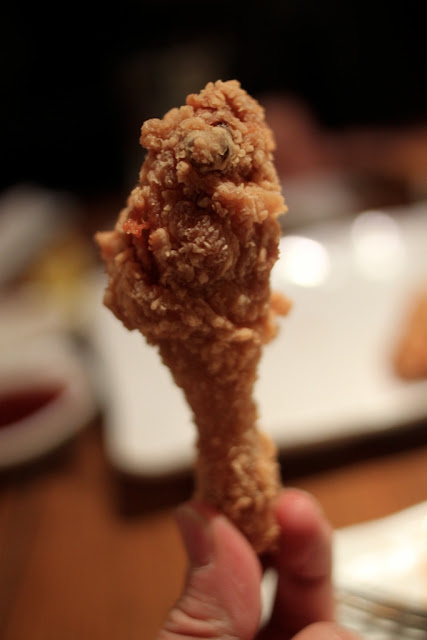 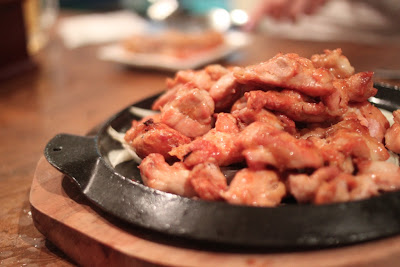 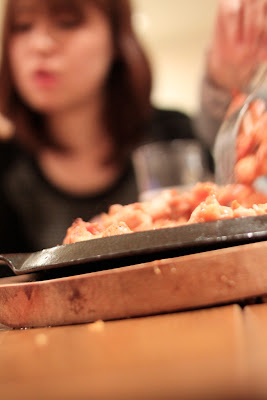 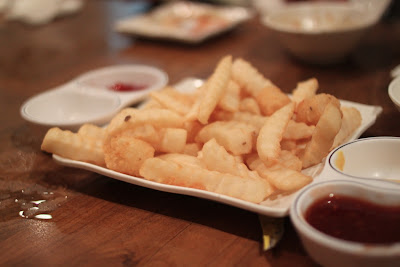 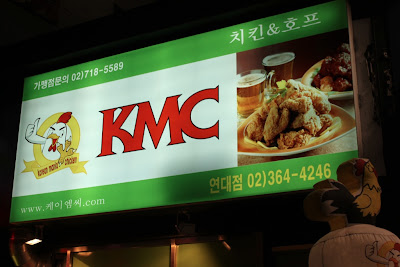 Located throughout Korea. This one is down from Sinchon Station on a street with 3 other chicken places.
friends korean fried chicken Sinchon