My Chelsea in Itaewon: Is it worth your Brunch Money?

March 29, 2010
I haven't been to Hong Suk Chun's Restaurants in a while. Back when I first came to Korea bout 5 years ago, I was enamored with Our Place (across from Helios in Itaewon.) It was my go-to date place where I would enjoy wine with hummus and thick slices of Chocolate Grenache Cake. Since then Mr. Oh has expanded to several different restaurants including My Thai, My China, and My Chelsea.

Like all of his restaurants, there is a very particular since of style and "cool." He has an eye for interiors and his food is generally creative and fun. My Chelsea seems to be his foray into the brunch craze in Korea (which I thought had died a year ago, but it seems to be back because of Suji's.) 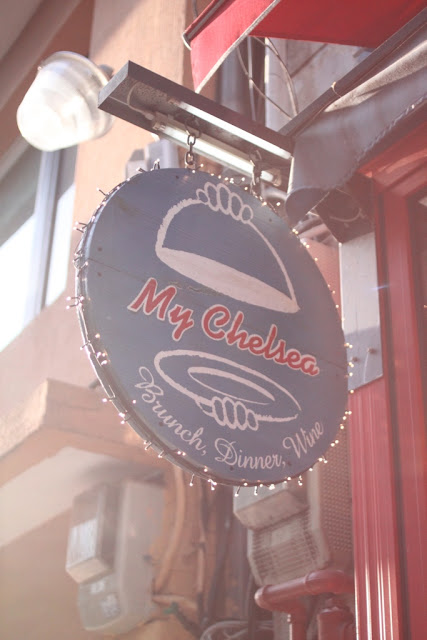 My Chelsea. Behind the Hamiliton Hotel in Itaewon. 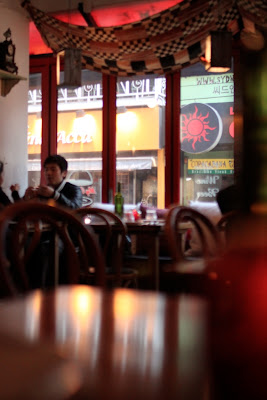 His interiors have a "coolness" and uniqueness unlike many of the" faux authentic" restaurants in Korea. 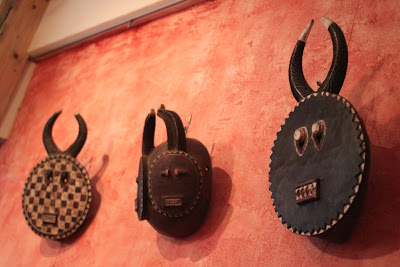 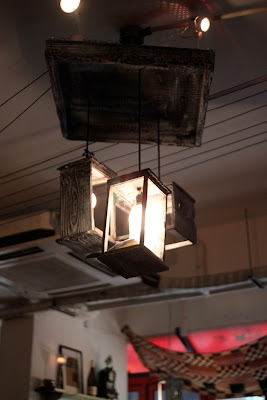 Every aspect of the interior has been thought out. 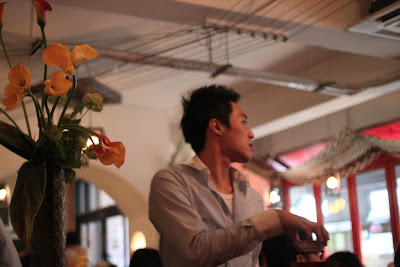 Right down to the very sheik servers and waiters. 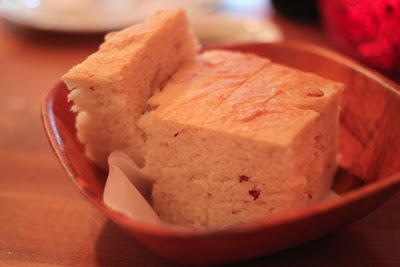 This bread was undercooked so it had a yeasty doughy flavor. The oven wasn't hot enough to start and the bread was allowed to rise too long. It was like eating chewy beer.

The interior is wonderful, but there were a few little faux pax that I distinguished. First of all, as you enter you will be greeted (offended...more like it) by a bathroom smell mixed with bathroom fragrance. Now I know that this isn't the restaurants fault (the plumbing in Korea tends to use straight pipes for their sewage instead of curved), but as a diner I was just about to turn around and leave. I thought this was just a one-time occurrence, but I stuck my nose in to check a week later and the smell was still there. Gross.

The bread was undercooked so it had a soft, dry, yeasty taste. It tasted like soft, crumbly beer- and we're not talking premium, we're talking Cass. We decided to get a spread on Sunday at 5pm so we were trying to order some food off the brunch menu. I know that it was quite late for brunch, but we were told they didn't make eggs after 3pm and we would have to order off their dinner menu. They don't make eggs or they can't make eggs...hmmm....I can't exactly remember what the waiter said. 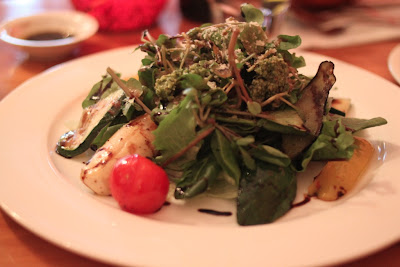 Anyway, we started with the grilled vegetable salad. It was a great salad and I thought that maybe my first impressions were off. The vegetables were delicately charred so the zucchini had a velvety softness and the mushrooms were nice and moist. The sesame leaf pesto dressing was also very nice and accented the springy flavor of the salad. There was also a nice variety of greens used in the salad. The size was adequate as well. I'd go back for the salad. 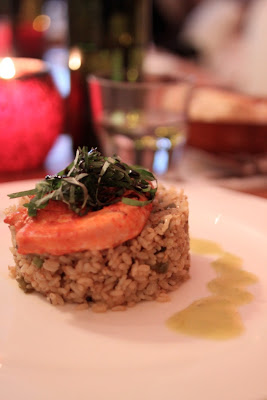 Since we couldn't order brunch on a Sunday, we ordered the Hot Chicken with soy rice. Meh. Oh, let me restart. The presentation was excellent. The chicken was a half slice that was coated in a red sauce (I wouldn't say spicy) and a top the chicken was some shredded perilla leaves. The rice was stir-fried with garlic, soy sauce, and chilies and I would say that the whole dish sucked. I could have made this at home with my hands tied behind my back. Come on, a half slice of chicken with rice for 15,000 won? I know models don't like to eat, but I know Korean people do. They should have let us order eggs on a Sunday. It's very hard to mess up eggs. 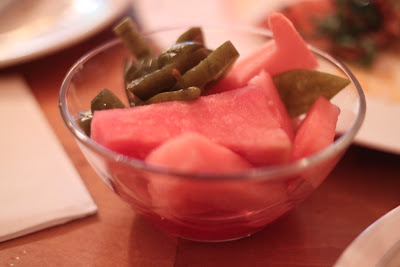 Pickles with the mussels. 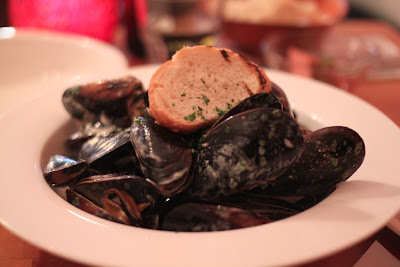 Finally, we got the mussels with gorgonzola cream sauce. This was not bad. I can't say that I hated it. The sauce was thick and well seasoned and the parsley added a green accent to the dish. My only complaint was that the portion was very small and some of the mussels wouldn't open (possibly they weren't the best quality?)

I wanted to let them redeem themselves and we inquired about the "cake of the day" only to be told they didn't have it. I asked if they had other desserts on the menu and they said only waffles. Sorry, but waffles aren't dessert to me- they're brunch. So I out of a fit of anger I went home with my dinner guests and promised to make them lemon crepes suzette. They were great and they were delicious and they cost me all of 5,000 won to make a mountain's worth.

My Chelsea is not really a place to eat, but a place to be seen. If you are sleek, thin person that wants to maintain their attractiveness and look pretty while eating, then My Chelsea is your place. For me, if I want a real New York Style brunch, I'll be heading elsewhere
*Disclaimer- this is my first review of My Chelsea. I will go back to make a more thorough assessment.*