Food For Thought: Seoul needs to Clean up it's Act on Littering 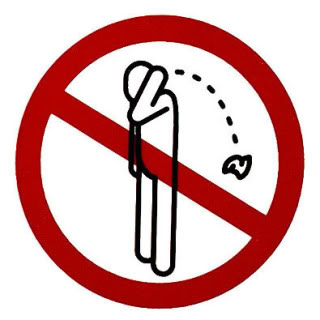 Seoul wants to clean up its streets, and has decided to start with gum chewers.

According to an article in the Korea Herald, the city revised ordinances to impose and levy fines of 30,000 to 50,000 won for anyone caught spitting chewing gum on the streets. Under the city's previous ordinance, throwing cigarette butts and litter were punishable with a fine.

The "full-fledged crackdown" will begin in September said officials, in time for the Group of Twenty (G-20) meeting scheduled in November.

"With citizens' voluntary cooperation with this, we could make a cleaner city," said a city official to the Korea Herald.

While it's commendable to spur change, especially in favor of a cleaner environment, these changes should happen without the motivation of a major financial summit. The potential for Seoul to become a cleaner city should occur within the desire of the government and the public.

While gum spitting remains focus of this campaign towards a "cleaner" environment, other revisions have yet to take place. Relative to the realm of litter, gum is a small part of the neglectful actions of those who litter. While cigarette and litter fines already exist, they too, should be implemented and enforced with more effort.

The race to clean up Seoul began years ago. In 1995, the government started a system of purchasing different colored garbage bags for different wastes. So far, the amount of waste consumed has dropped in the last decade by almost 20 percent. Additionally, the amount of garbage per person fell to .95 kilograms per day last year in Korea, which meets the standards of developed countries.

Even with these changes in waste creation, there are few efforts being made to spur change in the decrease of litter. After the city abolished 780 trashcans in 263 subway stations in 1995, it has become increasingly difficult to throw away trash in public. Even high-traffic areas (streets, subways, parking lots) and green spaces (parks, hiking trails) have been neglected of sufficient amounts of trash bins and recycling bins.

South Korea should look towards other countries, who are working towards stronger anti-litter campaigns.


In Singapore, the National Environment Agency recently implemented a number of initiatives to end cigarette butts and litter. The NEA is increasing the number of garbage and recycling bins in heavily trafficked areas; such areas will be heavily policed by uniformed patrollers, who will levy heavy fines towards people caught littering. The fines for littering is increasing substantially ($200 for first time offenders, and up to $5,000 for repeat offenders).

The NEA is also working with the National Park Board and Public Utilities board to create a similar penalty system. Additionally the NEA has also begun the Litter-Free Ambassador program, which students, youth and grassroots leaders educate the public through house-to-house visits and community events.

"Strict enforcement will send a clear message to those ho persist in littering- that littering isn't acceptable," said Yaacob Ibrahim, the Minister for Environment and Water Resources for Singapore.

Korea has the potential to become a clean city; however, it must be willing to make a number of significant changes. Stronger penalties must be implemented on all forms of litter. Gum, cigarette butts, and small trash need to be treated as equal threats to the environment.

Community involvement, too, is a crucial proponent for success. Especially in a community that values Confucianism, the community of Seoul (and South Korea) must be pulled into the group effort. Along with government regulations, campaigns and advocacy groups should be activated to spur more education and potential for change.

Ultimately, gum is a small piece of the littering problem is Korea. Rather than cleaning up the city for a financial leadership summit, Seoul should clean up the city for its citizens.