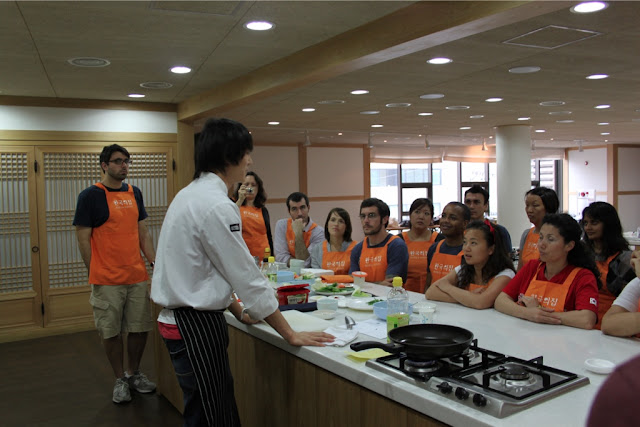 O'ngo Food Communications has been doing cooking classes for tourists and expats in Korea since February and they have been going pretty well. To date, we have taught over 300 people how to cook Korean food. When we started our cooking classes, we rented out cooking studios. Later, we converted our office into a cooking school. At the beginning of July, Korea House was kind enough to loan us their cooking studio to hold our cooking class. Now next month we'll be moving into our new 50 person cooking studio in Insadong- it is being built right now. It's been quite a rollercoaster ride so far, but I feel we have a great team assembled and a great cooking program. 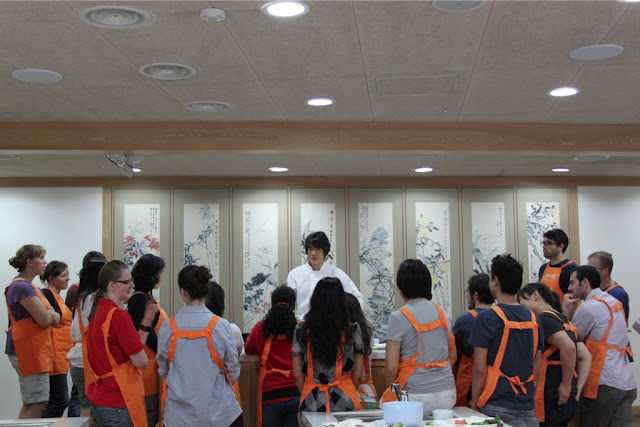 These are some shots from the last cooking class. The menu for that class was Dakgalbi, Cucumber Kimchi, and Seafood pancake. We had a full class of 24 people. Chef Shawn did a great job of teaching the class. His calm and humorous attitude helped everyone get along in the class. 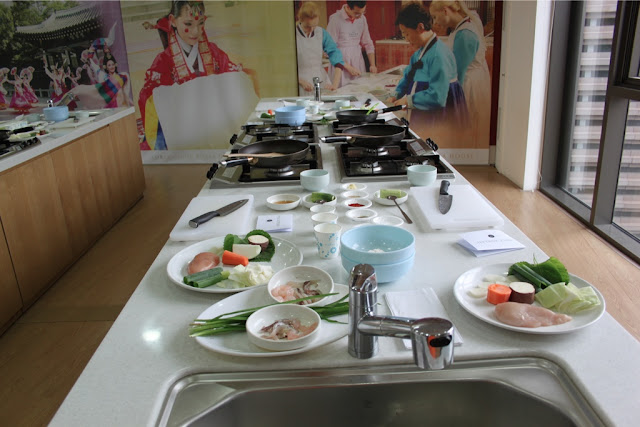 All the ingredients and the class was well set up and organized so that everyone would feel like they were real chefs. 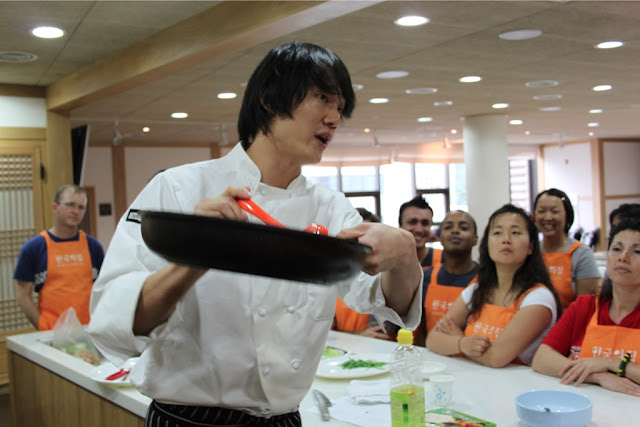 Here's Chef Shawn showing everyone how to flip a pancake. 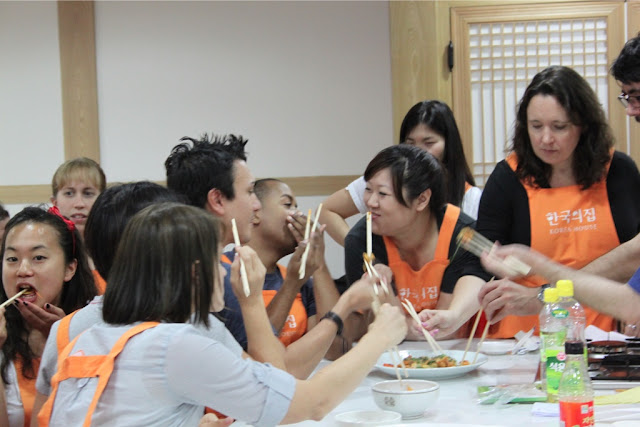 After the demonstration, everyone had a chance to taste the food. 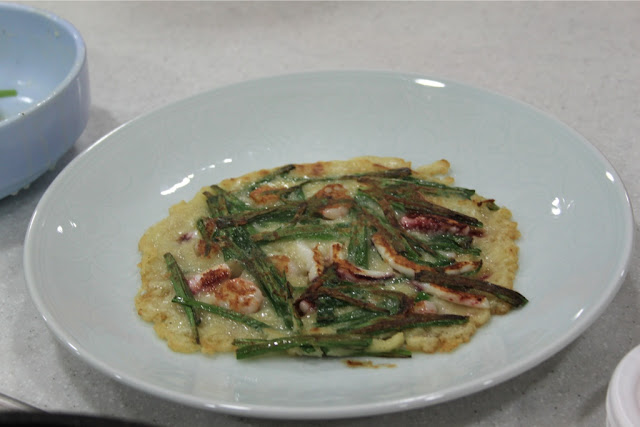 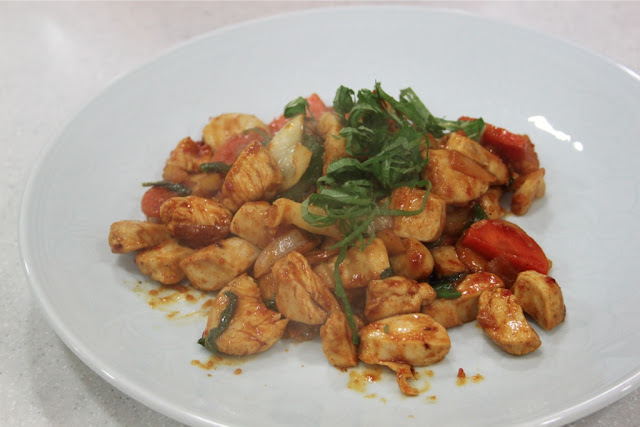 To find out about O'ngo Food Communications cooking class follow this link.   Korea House also runs their own regular cooking classes. They'll be having a special Bibimbap, Royal Court Bulgogi, and Cold Cucumber Soup. The cooking class on July 24th starting at 3:30. The class will last 2 hours and it will cost 55,000 won per person and that will include a tour of Korea House, Cooking Class, and Recipe Book. You can reserve your spot by contacting Ally Yoo: 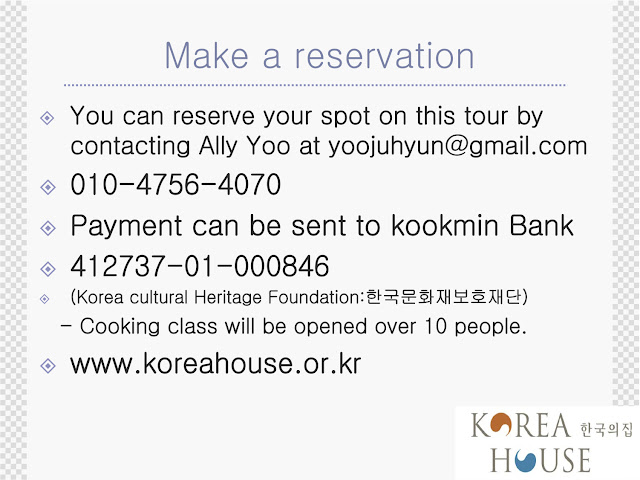