In Memory of Matt Robinson 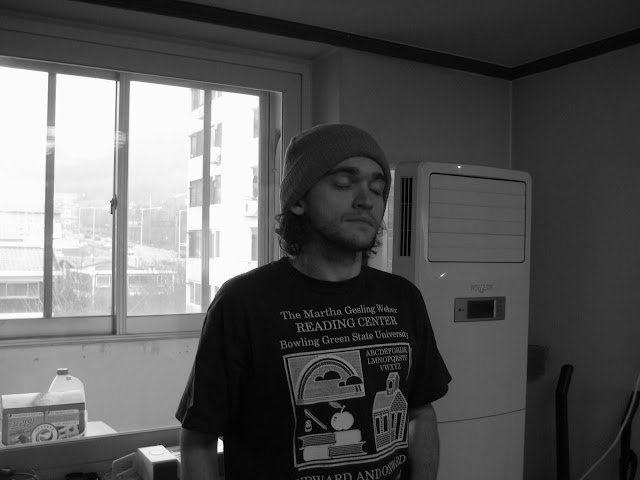 Recently a friend of mine, Matt Robinson passed away on July 16th after years of health complications. He was a good person, an excellent actor, and a diligent writer. I had to a chance to get to know him during his time in Korea. In Korea, he was an active member of the theatre groups and writing groups here. Sadly, in Korea he suffered quite a bit due to his health issues.

What I remember most about Matt is that he was the man that brought the expat community together. When Matt got sick, many community groups including SCI, Seoul Comedy Improv, got together to do fundraisers to help pay for Matt's medical bills. Matt never asked for help, but because of his good heart, the community wanted to help him.

What I remember most about Matt was his acting on stage. He was a natural actor and he morphed himself into any creature or person the role called for. He was mesmerizing on stage as if you were looking through a pinhole- focusing only on him.

I am sad that Matt has passed, but I am happy about all that he has left in this world.