Using Kimchi as a Bread Starter! Over at Pieman in Korea

November 22, 2010
It's an intriguing idea. I wonder if other people have thought about it? Pieman in Korea, a baker and pastry chef down in Busan has been blogging his creations for a while. I have been following his stuff for awhile and I admire his creativity. Now this Frankenstein bread might be start of something new in the realm of baking. 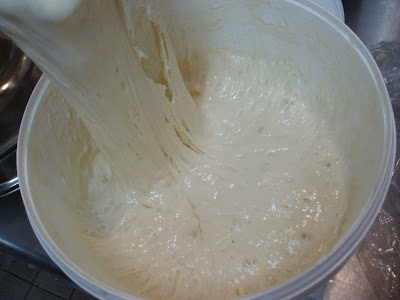 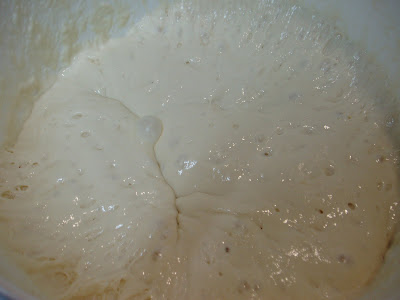 In the past I've used grape based and raw cabbage based starters. It's basically the natural white powdery yeast that cover grapes and cabbage leaves once used to consuming flour they go bananas and excrete lactic acid and CO2 which give the sourdough the tang and lift.

So it was actually about a year ago while eating some very mature and sour shin kimchi that I thought if I can capture the yeast and eliminate the chili/garlic taste it would make the best starter...
I was right, even after a few months the bread had the flavour and character of a year old starter. If looked after properly starters can live for hundreds of years.

Also you can smell the character every time you open the sour starter container. Yes it stinks like a drunk ajossi's kimchi breath but is also nice and earthy like homemade ginger beer.

Read the rest at Pieman in Korea here: http://piemaninkorea.blogspot.com/2010/11/kimchi-powered-breadkind-of.html