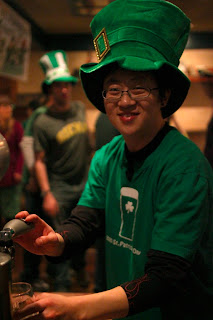 It's going to be at the same place as last year at Dublin Terrace in Gangnam on March 19, 2011 starting at 1pm. According to Seoulite it is going to be hosted by the Irish Association of Korea. No time for the party yet, but I think last year it opened around 5pm. It was a raucous party and lots of food and beer. My group and I got there early so the line wasn't too long.

The Irish Parade is going to start at 1pm at Cheonggyecheon Place  UPDATE: It has been moved to Insadong! According to 10 Magazine it will be from 11:30-5:30. Directions are here:

To get to the festival in Insadong take a subway to Anguk Station on line 3. Leave by exit six and take the first left down Insadong-gil. Daesung Plaza, venue for the event is about one hundred metres down, but don’t worry the music and banners will keep you from getting lost. 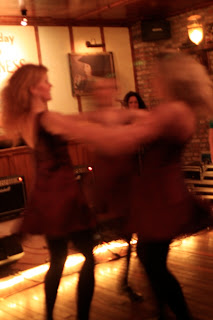 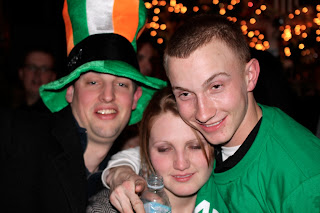 Pictures are taken either with my Panasonic DMC-G2 Camera with 20mm Lens or with my iPhone 4G
Join the Seoul Eats Facebook Group Page to keep to date with the latest events.
2011 gangnam st. patrick's day