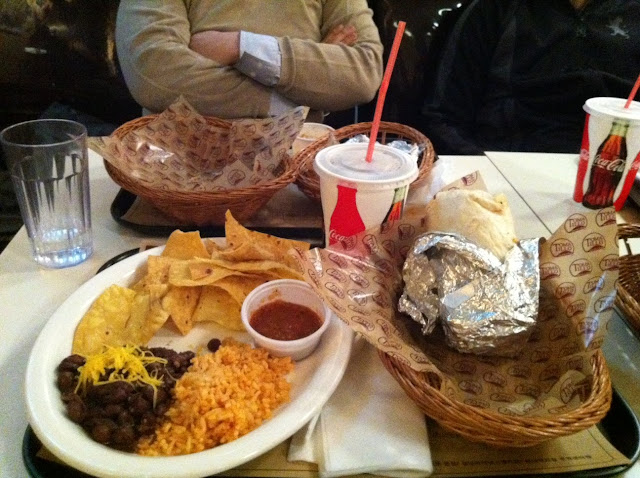 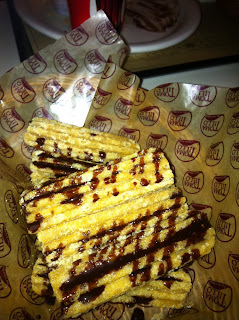 Someone asked me the other day where I thought had the best burritos and Mexican food in Seoul. It's a pretty tough question because Koreans don't do Mexican food well. Sorry, that's the truth because the Korean idea of Mexican is much different than what westerners think. As an American, when I think of Mexican food, I think of cumin, cilantro, tart tomatos, sharp cheddar cheese, sour cream, guacamole  and fresh onions. In Korea, I've had ketchupy salsa, mayonnaise, sweetened red beans (CASA MAYA...I WILL STILL NEVER FORGIVE YOU FOR THAT...I hope you are closed now).  And Mexicana chicken is not Mexican. Koreans tend to associate Mexican with spicy and not with the flavors.

Tomatillo is the closest, in my book, to American style Mexican food. It's very similar to Chipotle in the states. Dos Tacos used to be my favorite, but I think their menu has expanded too much now and quality on what matters (tacos and burritos) have suffered.

The food at Tomatillo is made to order- even the chips are made in house-and everything is packed with goodness. I love the sauce that they serve with the burritos and tacos- I believe it has some chipotle in it. Their rice and beans are not the best I have had, but they do make it with long grain rice instead of the heavier, stickier, Korean rice. They also shred the cheese themselves and not get that nasty packaged, precut stuff. Oh, and they use sharp cheddar instead of mozzerella (I know...but I have seem it happen too often.)

They have recently added Churros to the menu. I don't think they are made in house, but they come out warm and they are pretty alright.

Gangnam – Yeoksam subway stop, Line 2 Exit 2 – restaurant is in the B2 level of the Gangnam Finance Center

http://www.tomatillo.co.kr/ (English version will be up soon)

and, of course, you can find the restaurant on Facebook – Tomatillo Grill
mexican food tomatillo