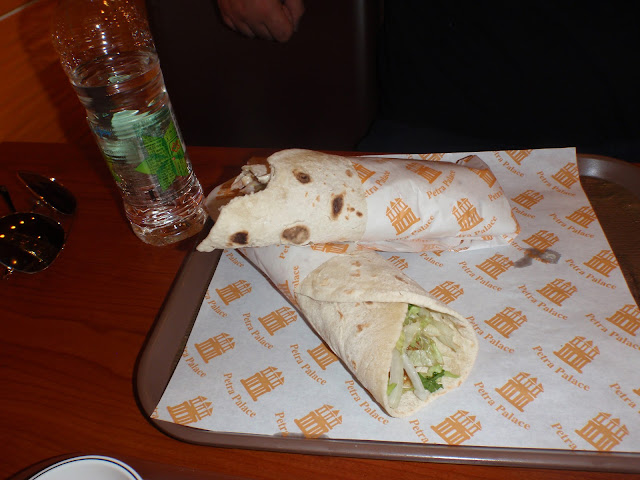 Written and Photographed by Troy Zitzelsberger

Having been here for nearly a month now, I’m still considered a newbie. So when I told my kebab fanatic Iranian friend that I am partaking on a quest to find the Kebab Raja of Itaewon he informed me of all the various kebab eateries with the exception of one. How this gem slipped his mind I don’t know since it is now on the top of mine. 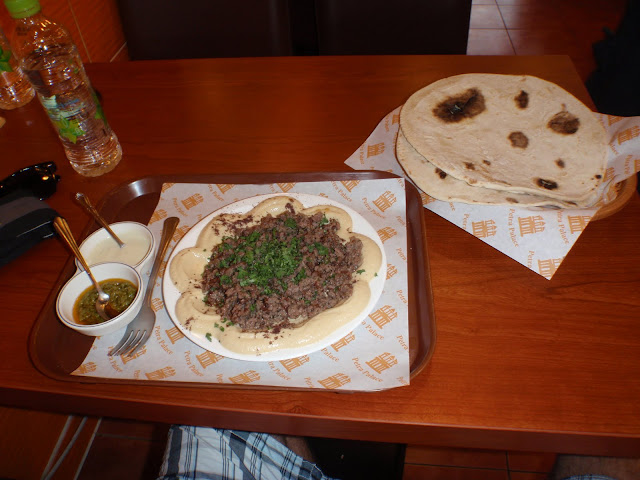 When it comes to options, Petra Palace has a more extensive menu than any of the other kebab joint’s I have been to thus far. You can get anything from a minced lamb hommos platter (₩ 14,000) to your typical chicken kebab aka chicken schwarma (₩ 5,000). However, in the search for the greatest kebab,

Petra has distinguished itself being the only Kebab place in Itaewon that offers falafel (₩ 5,000). These delectable, healthy little balls of joy will satisfy the appetite of both vegetarians and carnivores alike.

It is made from chickpeas and/or fava beans. Now this particular falafel I found to be lacking in flavor but this is where the sauce came in with a home run. Petra has great sauces, the best I have tried so far.

Their unique green hot sauce is spicy without being overpowering while their yoghurt sauce is nice and creamy with a subtle hint of garlic. The two sauces when mixed together create a distinctive balance of flavors that I highly recommend. All in all, I was satisfied with my meal. The chicken kebab was tender and juicy while the falafel was crispy and unique. Petra has now become second in line to the throne for the Kebab Raja, however I still have a few more establishments to try. The search continues… 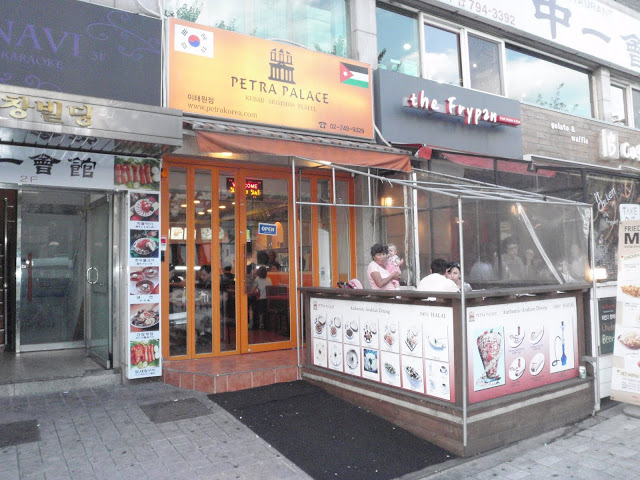 Petra Palace can be found in Itaewon directly kitty corner from Mr. Kebab down the street from Subway line 6 exit 3.

Pictures are taken either with my Panasonic DMC-G2 Camera with 20mm Lens or with my iPhone 4G
Join the Seoul Eats Facebook Group Page to keep to date with the latest events.
Itaewon kebab reviews troy zitzelsberger