Showing posts from March, 2007
Show all

Smart is the new cool

March 30, 2007
This is the new trend. And I think that it's going to start taking root in America and it's because of a mix of different influences. 1. I think it's because of the influx of Japanese animation and other multicultural shows that exudes this characteristic in abundance. 2. Nintendo Wii and other video games that have a skill building games such as Guitar Hero, Cooking Mama, and Trauma Center. 3. Economics. Kids are learning that being smart will be the only way to survive in the new future. So. My prediction is that Academic schools that supplement public and private school educations will pop up. In the states I'm pretty sure that Japanese language and Chinese will become popular education centers and centers that teach students how to pass AP exams will pop up. Schools that encourage the arts will be in the decline. When the American kids jump on this bandwagon, the worldwide competition will begin and everyone will converge through the internet.
Read More, See More >>

March 26, 2007
I thought of a couple more grammatical errors that make me laugh. The archs of the gate were like 2 jumping craps leaping out of the stream. I often loose my cellphone. carps not craps lose not loose
Read More, See More >>

Grammatical Error of the day

March 25, 2007
"Koreans are so smart as demonstrated by their nimble use of chapstick."
Read More, See More >> 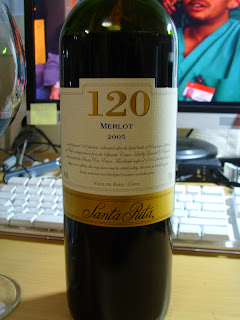 I've decided to start doing Wine reviews because I like wine and I think I have a decent sense of taste. So let's start. Santa Rita Merlot 120 year 2005 from Valle Del Rapel Chile. I bought this from the Lotte Mart near Sillim Station in Seoul, South Korea. I bought it on sale for 15,000 won. It's a very medium light merlot with a slightly dry after-taste. It goes down a little like blackberries and the tannins have add a slight pepperiness. I would say this would go great with a steak, but because I am a vegetarian- a nice kung pao tofu with a spicy sauce or even a nice roasted eggplant with a garlic black bean sauce. I would recommend leaving it open for a while, it gets a rounder taste. The wine is very drinkable. I would give it 5 out of 10. A one in my book is Korea's own Majung which tasted like drymouth with the sugary scent of Cherry Cola ((this wine always had bits of cork in it and I tried it over 3 times. A ten is something I haven't had yet. A ni
Read More, See More >>

What my students are learning in class 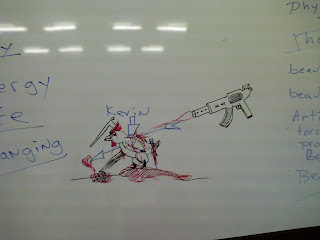 Kevin's nickname in my class is Chicken. This is how my other students feel about him^^
Read More, See More >> 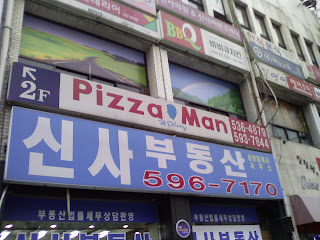 I thought this was really interesting. It's a pizza place called "Pizza Man" and under it says "He Delivery"
Read More, See More >>

March 22, 2007
I decided to keep all my teaching lesson plans on my other blog. I also changed jobs so I'm not teaching elementary children anymore. You can catch my other blog at here It is called Eslhagwon. Dan
Read More, See More >> 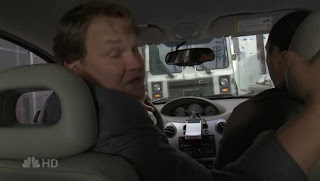 Raines ain't much better. I watched exactly 59 seconds of Raines before I categorized it into my standard, smart alecky, wanna-be CSI, part of my mind. I had high hopes for Andy Richter. A talent with considerable charm, is the perfect "Yesman" and shouldn't have become the star of his own show. I mean he plays a accountant, a CPA, that is mistaken for a private detective. Accounting jokes don't jive with the funny bone. The supporting cast ain't anything to scream about- the possible star supporting character is the Middle Eastern restaurant manager. Sigh, it looks like the high point of Andy's career was when he played a children's book writer in Elf. "What about this: a tribe of asparagus children, but they're self-conscious about the way their pee smells."
Read More, See More >>

March 19, 2007
I was writing on a new blog, but I don't like it. I changed it because I wanted to have a new blog title- one that sounded more professional, but I like the name "happylunatic." Maybe because I am a Happy Lunatic. I'm going to refocus and write more on my blog. I started to move away from this site because I was feeling paranoid. Sorry, it's just me being me. In the next couple of weeks, I'll be moving all my stuff from several other web sites like my mac website to this one and I'll be putting more stuff on it.
Read More, See More >>
More posts