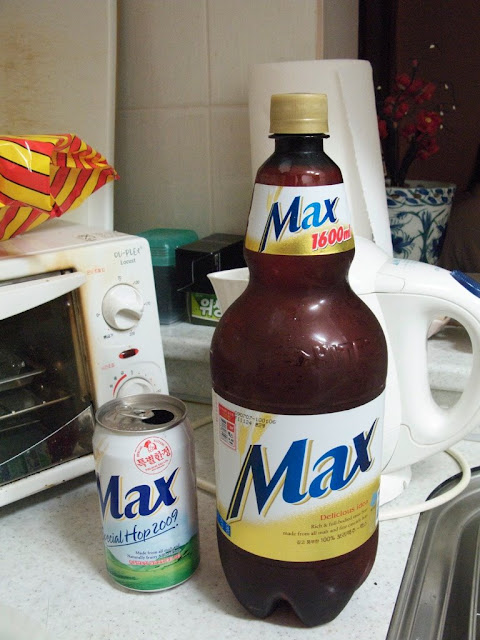 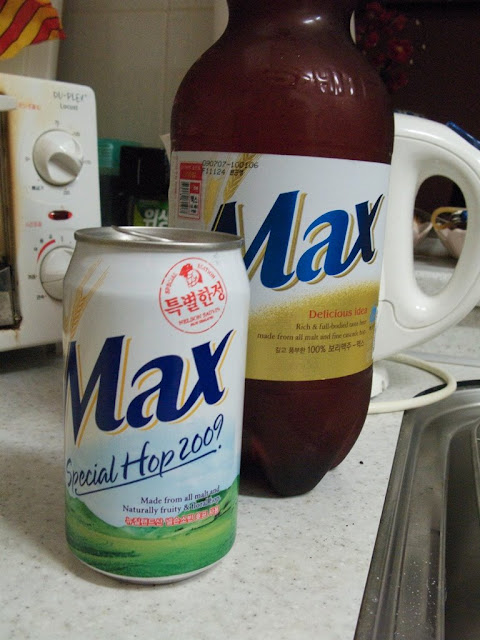 In Korea there are local brews that could be called beer. There is Hite, Cass, and OB. The expat community has renamed these beers: Shite, Ass, and BO.

I guess that pretty much tells you what the expat thinks about them. I feel that Shite, Ass, and BO taste like sugary, bubbly white bread, with a hint of hangover.

About a year ago, Hite started to market Max Beer and it has become the beer of choice for many expats. I've noticed around many bars that it'll sell out pretty quickly and most of the convenience stores will run out of it by 2 or 3am.

The reason why is because Max has malts and hops- so it tastes pretty darn good. I mean it's my beer of choice because it's not too hard on the wallet, it doesn't give me a hangover, and it tastes alright.

What do you guys think? Max is the Expat beer of choice?