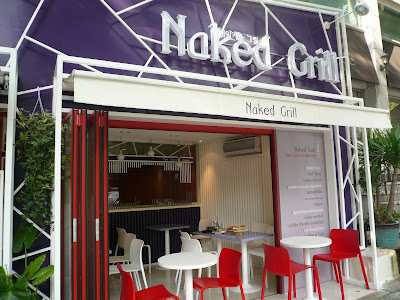 In a world where the word “naked” seems to become overused in marketing of products ranging from fruit juice to an actual chef, Johnny Lee of Naked Grill in Hannam Dong still believes in its class and marketability. 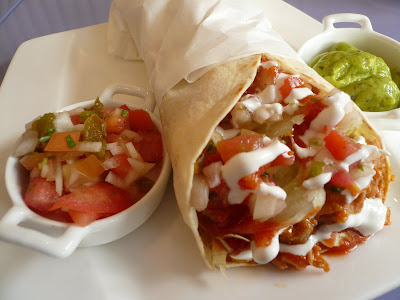 “The word ‘naked’ is a concept----nothing hidden, everything fresh,” says Johnny as he proudly shows off his open kitchen in which diners see staff preparing sausages, lettuce, and all other details in plain sight.

A young spunky Korean American who moved back to Korea for good four years ago, Johnny came from a family of restaurateurs, living and learning the culinary business as he grew up mostly in California. Johnny officially opened his own venture Naked Grill in September, however, before that he had an even more daring venture. 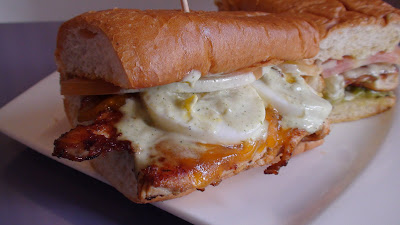 “Burgers and tacos have always been my passion, before I found our present locale, I decided to launch the first-ever Taco truck in Korea six months ago. Our beef and chicken tacos, which feature typical L.A. style soft tortillas, became an instant hit in Itaewon.”

“When I first opened Naked Grill I wanted diners to have a place where they can enjoy quality western comfort food at an affordable price,” he proudly says. “And as you can see, the priciest item on my menu is 9000 Won!”

The author was treated to a demonstration of Johnny’s generosity by the following three items: the burger, the chicken taco, and the chicken Cobb salad sandwich. 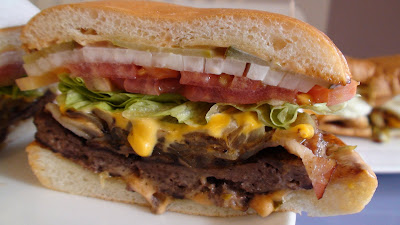 I must say the first one that got me was the Naked Chicken Taco, with its vibrant red tomatoes clashing with gleaming white sauce. At a worthy 4,000 Won, its visual beauty matched what’s on the inside ---as you bite into it, you feel the fresh juices of the chicken and that of the tomatoes vying to reach your brain.

The juiciness of the taco, for good or for bad, easily led to the neglect of the creamy, fragrant guacamole next to it. However, the green beauty got its chance to shine with our second chicken dish: the Cobb salad sandwich. With fresh chicken breast grilled to desired crispiness on the edges without getting too dry, the avocado elixir was a perfect compliment to it.

Next came Korea’s favorite meat: the beef. The Tailored Burger, if anything, at least used very real beef, which the author, a frequent maker of home burgers, could quickly tell through the appearance of the fibers as well as the mildly chewy texture of the meat. With the juices of the meat seeping into the crispy roasted bun, the first bite into this burger would be memory to last a long time.

Aside from food quality, health is also a priority in Johnny’s mind.

“At Naked Grill we do not use cooking oil---instead we use freshly blended onions, both enhancing flavor and cutting fat.”

No wonder Johnny’s getting lots of applications from would-be franchisees. They also do deliveries in Hannam Dong and soon to expand to other realms. Décor-wise this small place sports unusual purple hues, which according to Johnny is supposedly “a risky color for a restaurant as it’s known to curb appetite”---this author thinks in this case it has the opposite effect. 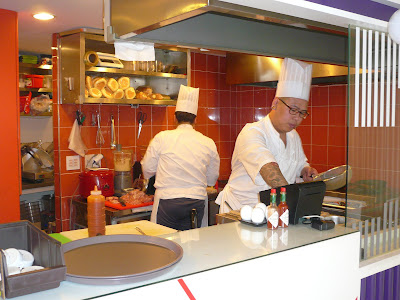 Naked Grill is located at Yong San Gu, Hannam Dong 29-21. Get off the Itaewon Station and get out exit 2, then pass the Jae Il building on the right, go all the way for about five minutes until you reach UN Village, and Naked Grill is on the opposite side slightly down the hill. Opening Hours 7am-10pm, Tel: 02.749.4225