**You can read this in this month's Groove Magazine- Dan** 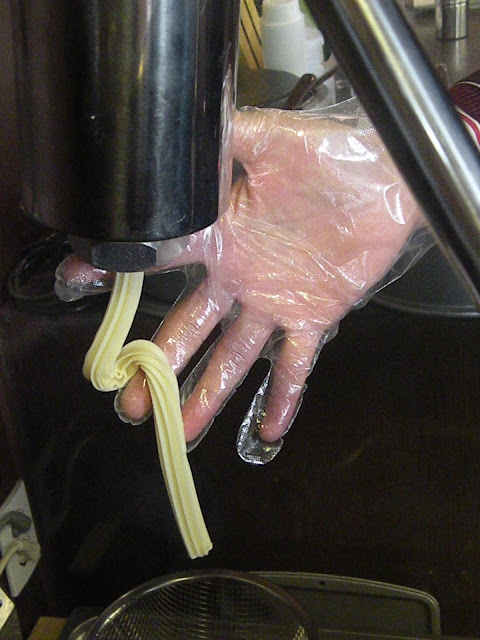 Making a bold and sinfully delicious entry into the café and dessert scene, Churroville Chocolateria in Apgujeong is a sweets shop in a league of its own.  The café, the first of its kind in Korea, makes all churros fresh to order, with a dough-pulling machine imported from Spain by chef and owner Jimmy Chon.  Chon spent months perfecting the recipe in his home kitchen, and the results show it was time well spent.  For the uninitiated, churros are long, thin tubes of fried sweet egg-paste dough, served warm with a cup of melted chocolate for dipping.  Kind of like an untwisted doughnut.  Though in this case, that might be akin to saying that a porterhouse steak is ‘kind of like’ a Big Mac.

You've also got the map, it's the one you sent me.  "Go out Exit 5 of Apgujeong Station, go straight. Third street on your left after the gas station.