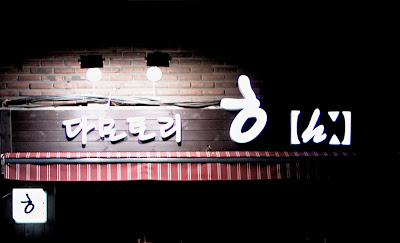 ㅎ [h] Makgeolli in Haebangchon is one of the newest establishments to open in the heavily foreigner populated area. It took over Cafe Alexandria's (thank goodness...that place was ok when it started, but then food quality steadily went down.) 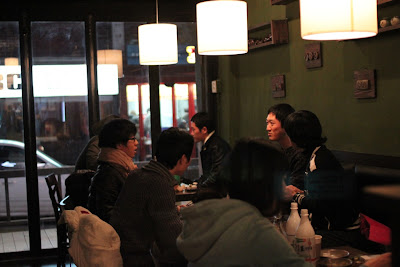 The interior is stylish and comfortable. There are kitschy little ornaments here and there and the lighting is warm. 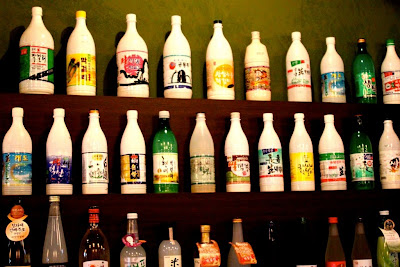 They have a WIIIDDDE selection of makgeolli (Korean Rice Wine). Their selection actually borders on the ridiculous. I didn't know that Korea had so many different types and regional specialities of makgeolli. They have their own unique characteristics. 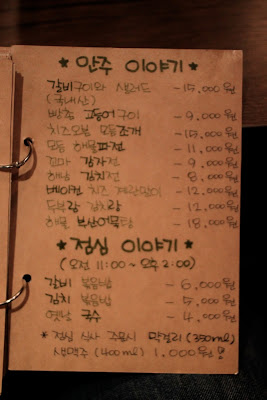 The food is not over-priced and it is skillfully made. I like the owners because they're sticking true to Makgeolli's origins. Makgeolli isn't a high-end drink. It was originally called farmer's alcohol (nong-ju) because farmers would drink this while working the fields. It's not terribly high in alcohol content and it's smooth- with a hint of carbonation. 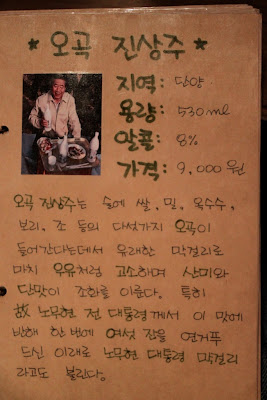 Their makgeolli menu is hand written. They tell you first about the ingredients in each particular brand and then they talk about its special characteristics. The also do a bit of story telling. For example,  o-guk jinsang-ju (오국 진상주) was the favorite makgeolli of the ex-Korean president, Noh Moo-hyun. 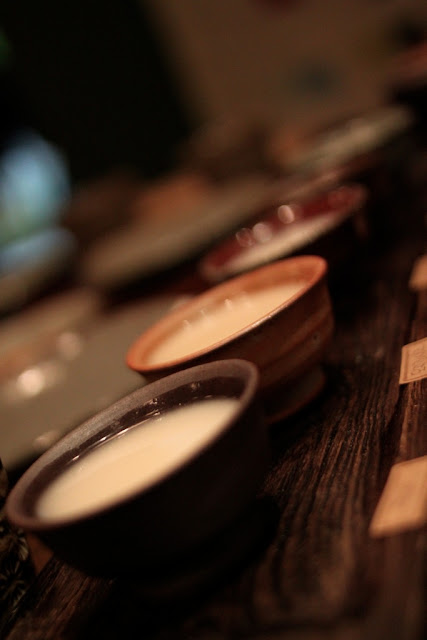 The best thing about "H Makgeolli" is their 5 makgeolli sampler. Here you'll get 5 different makgeollis (they label each one...it's the little touches that make a place special) for only 2,000 won. You can taste and learn about all of the different types of makgeolli out there. 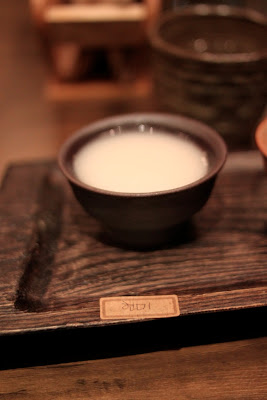 Here is a brown rice makgeolli. 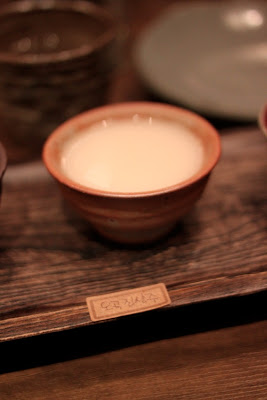 This is the o-guk jinsang-ju (I highly recommend this one. It's got more body so it has a fuller maltier taste to it.) 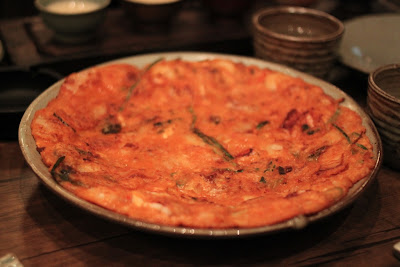 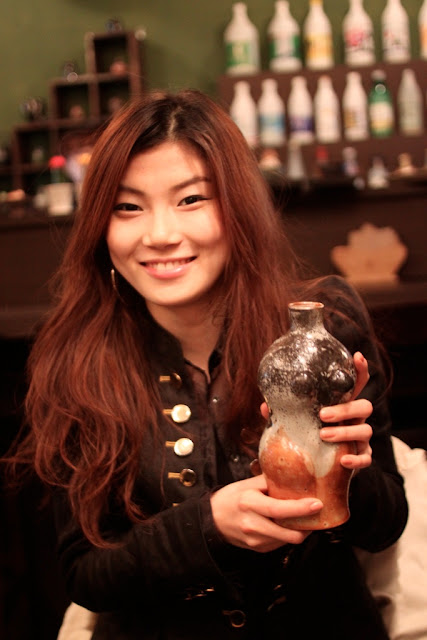 Oh, and the makgeolli comes served in bottles shaped like curvy woman.

ㅎ [H] Makgeolli
In Haebangchon across from Pita Time. Go out Noksopyeong Station Exit 2 and walk straight. Walk along the road with the kimchi pots until you reach it.