April 29, 2010
Seoul Eats is always happy to have people contribute their honest reviews of restaurants. Here is one from Lauren McPhate on La Vert- a new brunch place in Haebangchon across from Phillies. This is her first review (and hopefully not her last). We should encourage her to keep writing and eating by leaving her a comment. And if you would like to contribute to Seoul Eats, send Daniel Gray an e-mail at seouleats at gmail dot com. 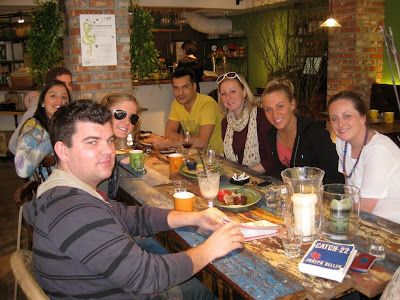 Lauren and crew
I am a brunch fanatic. It's a time to gather friends, hook-ups, and strangers, all around one table to dish about the night before. I joke that I moved to HBC for Indigos. Where else in Korea can you find a complete brunch menu and wine for just 3,000 won?! The problem as of recent has been a lack of accomodation ("NOOOO, we can't substitue salmon for ham on your eggs benedict!") and a lack of space. Ever since they switched back to being open on Sundays, it's always questionable whether or not you and your new 8 best friends will be able to get a table.

Enter La Vert. I have been anxiously stalking their progress and anticipating the new brunchery in the hood. It took months for them to open due to the fact the owner did all of the construction himself, including the awesome distressed table in the middle of the restaurant, and the day they opened I stumbled in on my way home from work. I looked over the menu, asked the owner a few questions and assured him I would return for brunch. It's a little expensive, and why blow a meal alone at a new restaurant when I can bring a gaggle of almost strangers together to rehash the debauchery of the previous night? 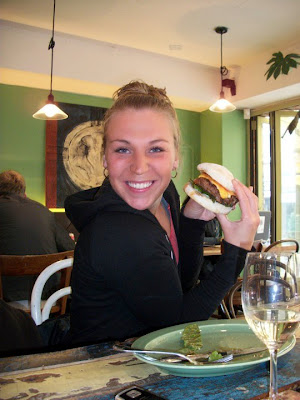 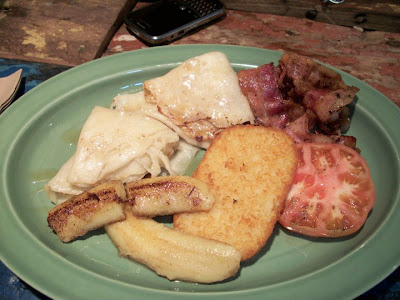 Brunch!
We arrive 1pm on Sunday with a group of eight, well nine after we pulled a co-worker of a friend off the street. Poor kid was just trying to get a coffee. We sit at the afformentioned table in the middle and had a look at the menu. Although it's a modest brunch menu, it covers the basics; waffles, eggs benedict, frenchtoast, and of course the eggs and meat platter. We tried all of the brunch items. Among big successes were the eggs benedict (served on a ciabiatta and had real hollandaise sauce!), the french toast, and brunch platter. All brunch items were served with a complimentary cafe americano and included sides like bacon, sausage, mushrooms and tomato. There was one brunch fail, the crepes. My friend had ordered raspberry crepes and got apples insead and she complained of too much cinammon. I didn't think there was such thing.... Although food took a long time to come out, and who can blame them, they've only been open a week, we were adequately compensated. When the owner caught wind of a botched latte order and a birthday at our table he promptly brought out a waffle platter complete with whipped cream and fruit. That was a hit. When our table kept growing, I think we got to twelve people, the service got slower. The owner clearly felt badly and rewarded our patience with a round of beers. A friend also had the burger which was praised. "It came with bacon. And a real bun. And is cheap!" I also heard good things about the veggie burger from the table across from us. Their menu also includes a range or pastas, salads, wine, beer and smoothies. I had the house wine, and although not 3,000 won, was a decent house red and came with a generous pour.

All in all this place is a hit. The food is great, the ambiance is fantastic, and apparently word has gotten out already. I went back last Sunday for round 2 and every table in the place was full. Bummer, the secret is out. If I moved to HBC for Indigos, I'm staying for La Vert.

You can get to La Vert by going out Noksapyeong exit 2 and walk along the kimchi pots until you get to Phillies. La Vert is across the street.

Lauren McPhate is an American that has been in Korea for almost 1 year. She loves food. She's also found of drinking makgeolli (rice wine) when it rains. You can read more about her on her blog: http://pojangmacha.blogspot.com/ 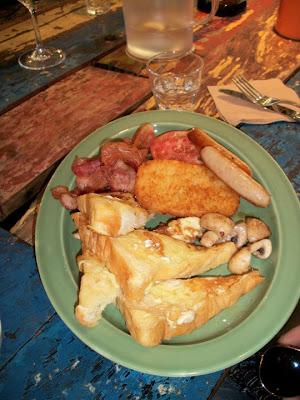 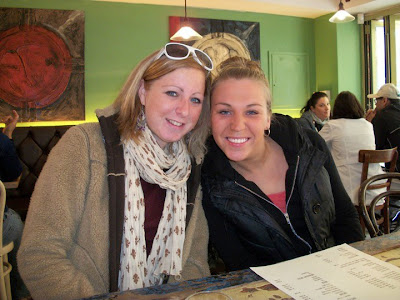 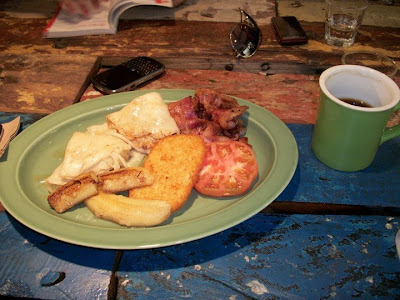