Le Saint Ex is a mainstay in the Seoul Restaurant scene for they always have a consistent product while innovating. They were one of the first in the city to do brunch and to offer a daily, seasonal, gourmet lunch set. I believe that many of those 20,000 won lunch sets you see around the city with entree, a salad, coffee and dessert got their idea from this restaurant. The owner Benjamin Joineau loves Korea and he has written books on the restaurant scene and learned how to make many of dishes. He has a farm outside of the city where he grows many of the ingredients for his restaurant and where he experiments with making Korean jangs such as soy sauce, red chili paste and doenjang.

Anyway, the other night I was with my ex-student and I wanted to show her cosmopolitan Seoul because she lives in Gyeong Ju. She was one of my first and favorite students. Now she is studying to become doctor.

Here we are at Le Saint Ex destroying his dessert set. 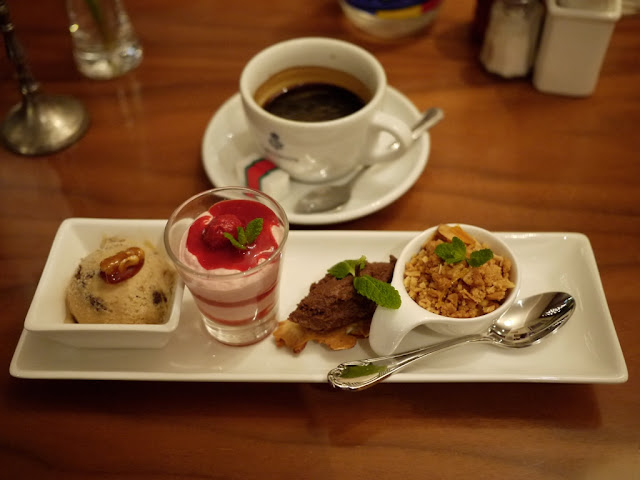 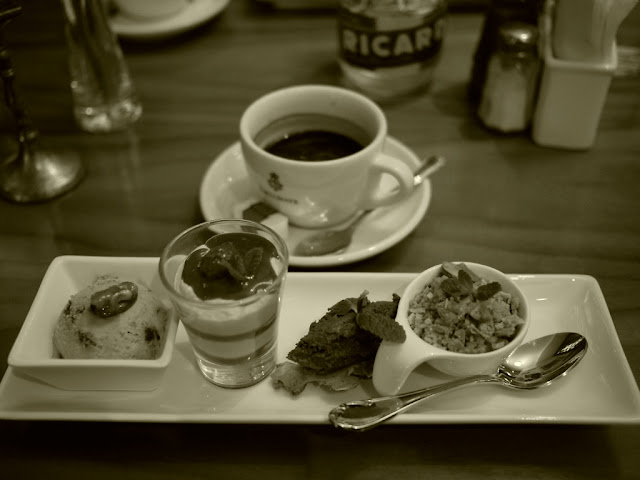 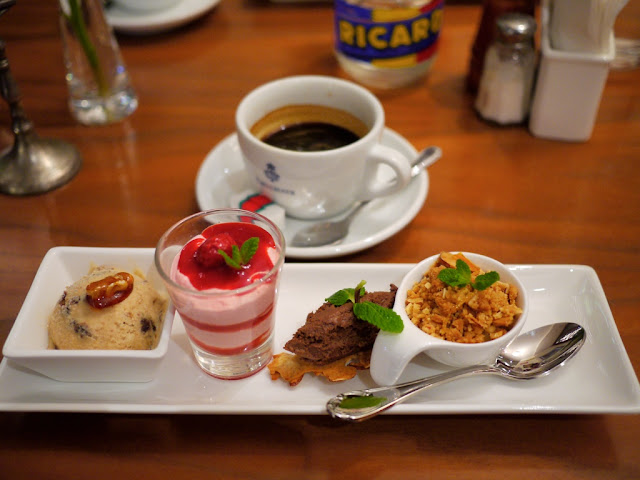 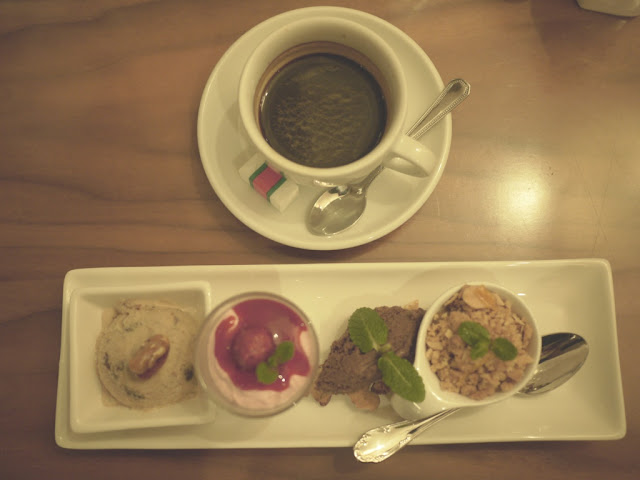 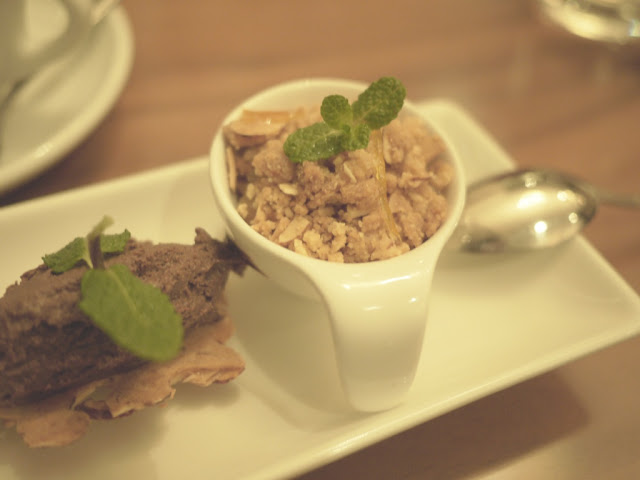 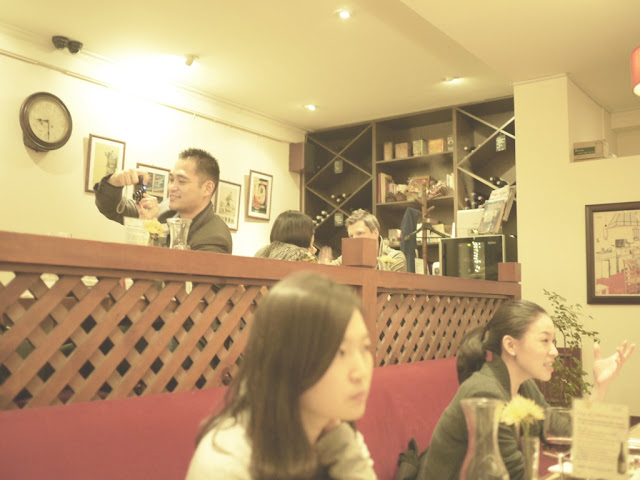 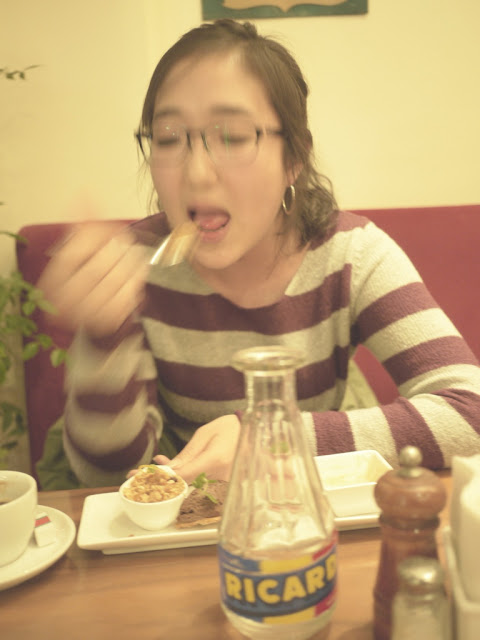 Come take a cooking class or take a Culinary Tour in Seoul! http://www.ongofood.com
Pictures are taken either with my Panasonic DMC-G2 Camera with 20mm Lens or with my iPhone 4G
Join the Seoul Eats Facebook Group Page to keep to date with the latest events.
dessert Itaewon photographs recommended