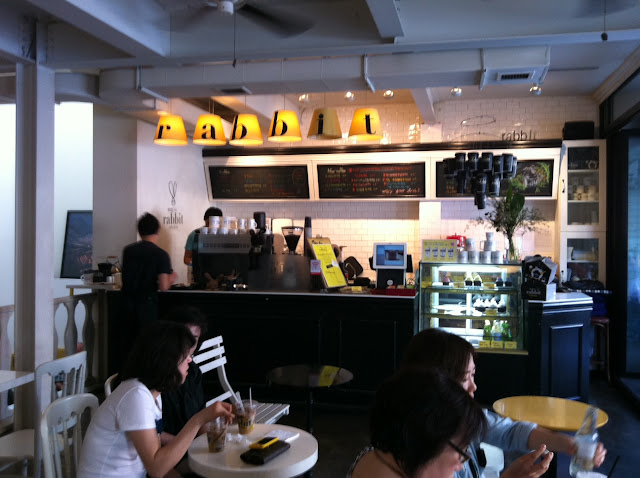 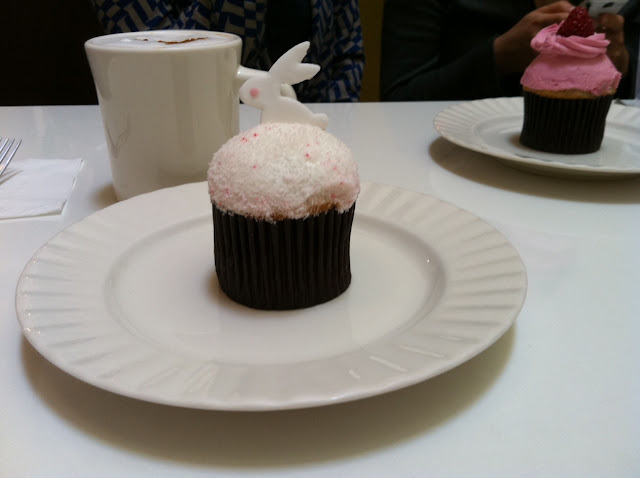 Rating 2 Stars: Recommended (Great setting, good icing, foamy cappuccinos.)
I said before that I thought that the cupcake trend was something that would never really take off in Korea. It might have some appeal, but for the general public, cupcakes are just too small and expensive. Cupcakes in Korea have been regulated to a niche market.

Mug for Rabbit in Garsugil is the cafe that is the Korean dream. It started as a small little one floor place on Seoul's fashionable street and they quickly grew to take over the second floor. It is a success story that have made many want to emulate. This little, fashionable cafe helped the cafe sprawl in Seoul.
Mug for Rabbit has character. The interior has quirks and charms such as the rabbit icon for the place, the lamps that spell out "R A B B I T" and even the coffee cup chandelier. There are also amazing photographs, so it has a gallery feel to it.
The cappuccino that I ordered was foamy- not the best cap, that I've had but the espresso was well made.
The cupcakes here are good- not NYC good, but they will satisfy your craving for cupcakes. Actually, a friend of mine said that the cupcake here was the best she has had in Korea. It is a yellow cake base with butter cream on top. The cupcake with the rabbit candy on top is dusted with some coconut flakes so it tastes a bit like a Sno Ball. The cake is moist, but not school birthday moist. The cupcakes I grew up in the states were probably made from the Betty Crocker box mixes that uses vegetable oil and lots of chemicals. These are homemade cakes and they are quite good. The icing is quite buttery and smooth.
I was a big fan of the Strawberry Cupcake. The icing had a nice strawberry hint and the espresso cake had a light coffee accent.
If you are a cupcake purist, you might find these cupcakes too upscale and not quite as good as the cupcakes of memory. Keep in mind, that Korean kids didn't grow up with cupcakes (Korean Mom's would often send rice cake, kimbap or fruit as kid's snacks). Mug for Rabbit is a nice place to have a chat with your friends.
Mug For Rabbit
Address: 534-25 Shinsadong, Gangnamgu, Seoul, Korea
Telephone: 02-548-7488
Directions: Line 3 Sinsa station (신사 역) exit 8 walk straight about 300 meters and turn left onto garosugil street before J Tower. Walk about 400 meters and Mug for Rabbit will be on your left hand side. 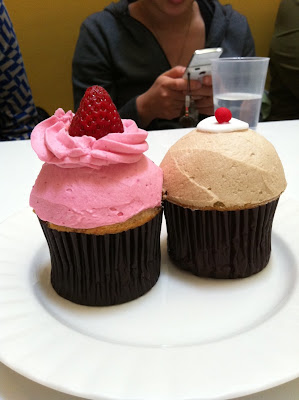 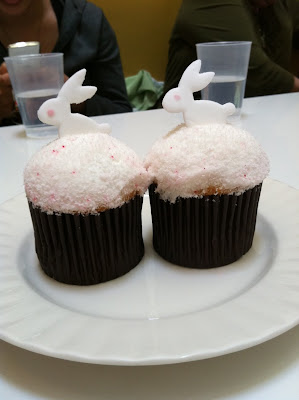