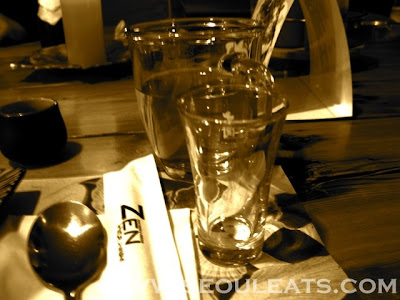 I've gone to Zen Hideaway a couple times this month thanks to my friend Irene. It's one of her favorite places and it is an upscale Apgujeong Style restaurant that has decent food. 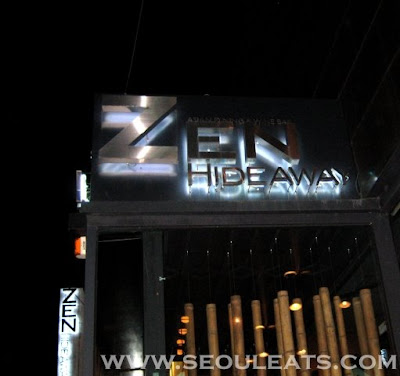 People go to Zen Hideaway to be seen and for the posh interior. 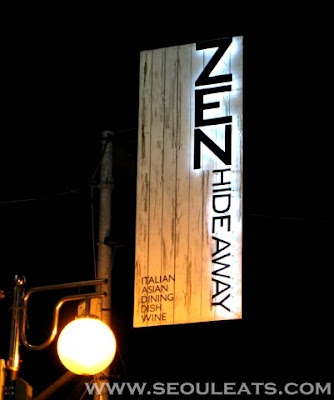 Being there makes me feel like I am in uptown in Philadelphia. It has a very Steven Starr feel to it. It kinda felt like Buddakan in its styling. 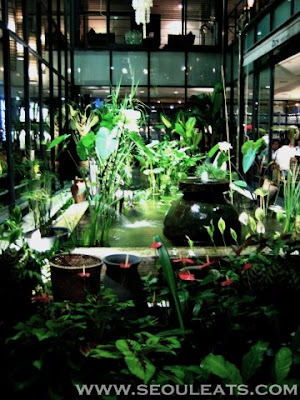 I love the touches like the running water and the open garden. It all adds to the allure. 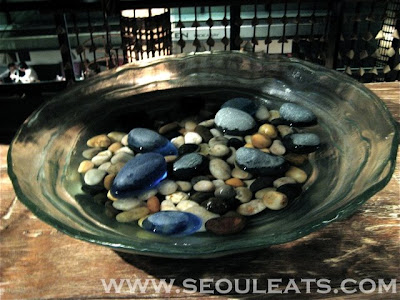 It truly embodies the spirit of it's name: Zen Hideaway. 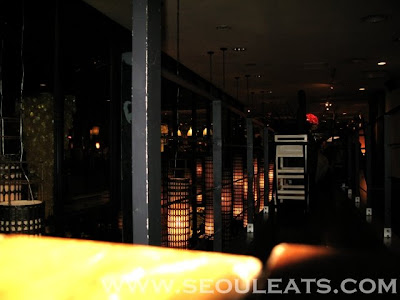 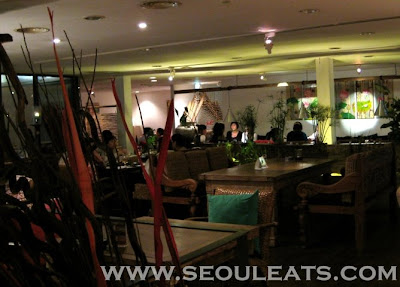 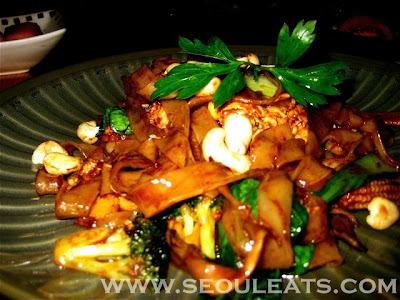 As expected, the food is overpriced, but I would say quite authentic. Everything is very well flavored and plated. They have a wide range of items: they have noodles and rice to salads to sushi. 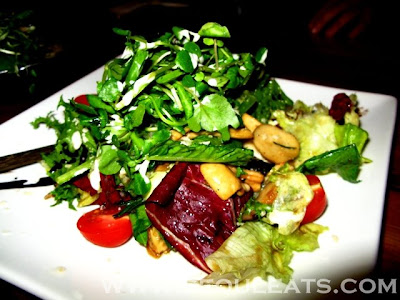 They throw in little flavor rockets in each dish such as the subtle flavor of ginger and soy in a salad, or a very crisp and flavorful chip of garlic. These little accents show that they are committed to serving food- not just a bland plate of well arranged colors. 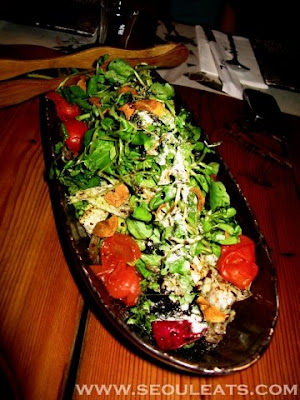 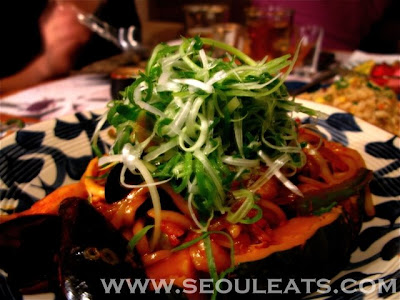 The menu is semi-seasonal and when I was there Pumpkin seemed to be the "it" item. The dish we had spicy noodles over steamed pumpkin. I wouldn't say this was my favorite for the flavors didn't mesh all that well together. 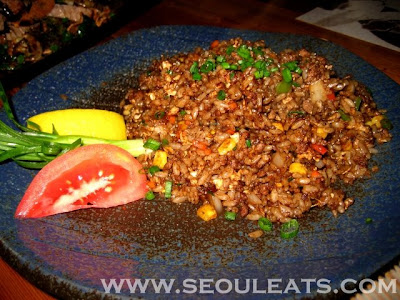 The fried rice dish was Thai style so it had a curry flavor to it. Now you probably know by now that I hate corn in most dishes other than Mexican and I think it could have been taken out of the rice dish here. The fried rice was sauteed just right for the individual grains of rice were fried and they didn't congeal together in a clumpy gruel-like mixture. 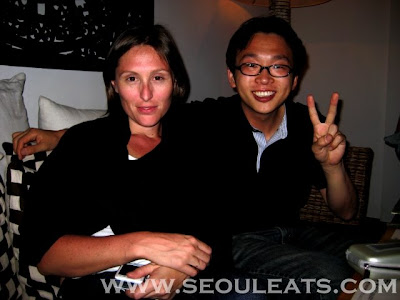 The sushi is also well made. Sorry, but my pictures came out all blurry from the lack of light. We had a pumpkin croquette, salmon sushi, and an avocado roll. I wouldn't say it was top grade, but it was definitely upscale quality. 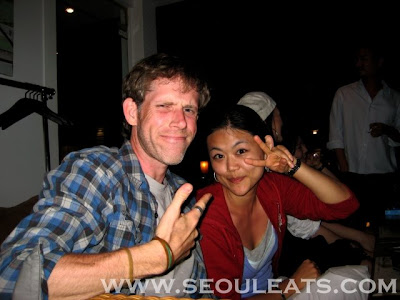 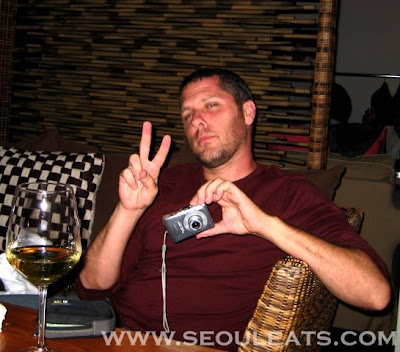 And it looks like everyone had a great time. So we have Chloe and me in the first picture, Terry and Alan in the second, and Travis in the last one.

Go check out Zen Hideaway for an upscale experience in the heart of Apgujeong.