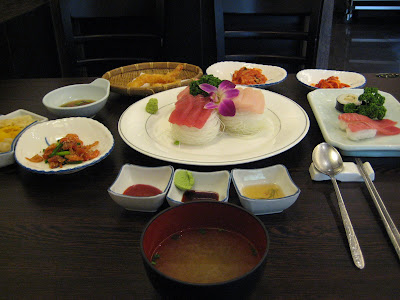 I haven't uploaded pictures in a while, so I figured I should go ahead and do that. Here are some shots that I've been holding and waiting for the right moment to upload. I'm on day four of the master cleanse(yes, I'm doing it again) so I have been romanticizing about food for the last couple of days.

First up, this is a Korean Tuna Sushi place that I went to. The food was pretty and pretty good. 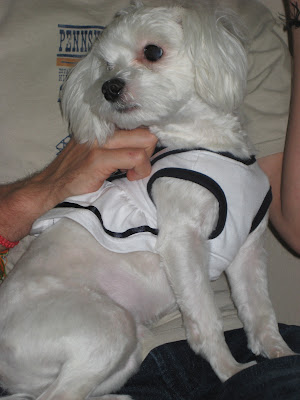 Carol insists that Hubble is a cat and a girl, so here is my dog in a sailor dress. I think he's posing 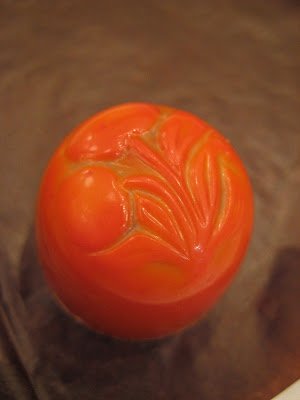 Delicious Chocolate from Passion in Hangangjin. 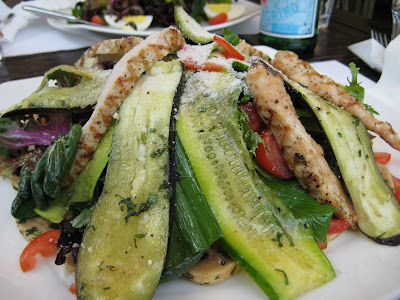 Mignon has some tasty salads. Here's a chicken one that I got. Mignon is behind Hamilton Hotel in Itaewon, up the hill from 3 Alley. 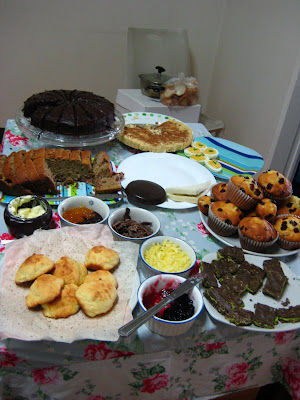 Zaza's Tea Party. Speaking of which she is having another one on Sunday at the Orange Tree. Anyone want to go? I'm cooking. I'm making Curried Egg Salad Sandwiches, a 7? layered bean dip, and some sort of wrap (I haven't decided) 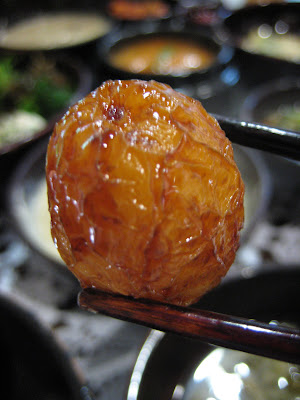 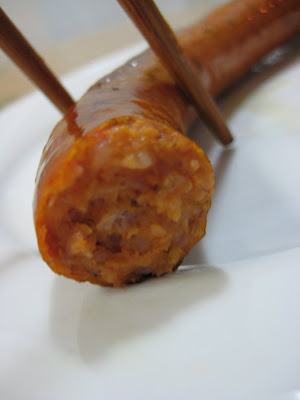 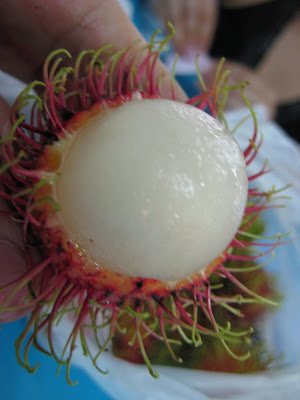 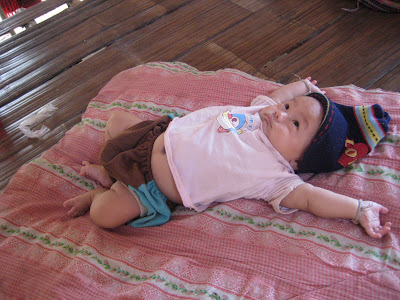 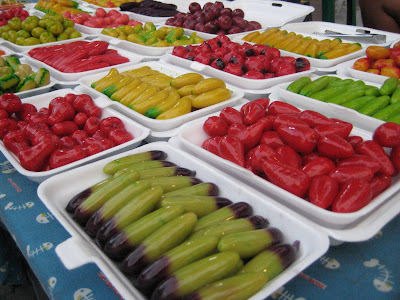 Strange almond confectioneries from Thailand. They taste like food coloring and wax. 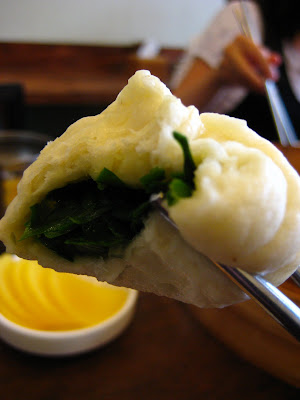 Dumplings from chonchin pocha in Samcheong dong. They are like crack for foodies. I'd like to think of them as green onion malt balls-you have to keep eating them until you get sick^^ 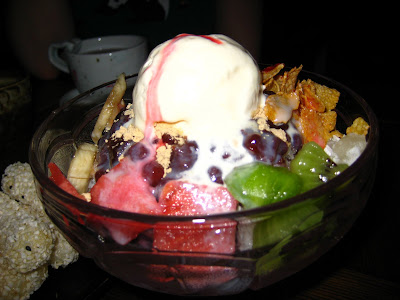 patbingsu love. Has anyone played duk hunting? Here's an excerpt on an article I'm writing on the top 10 Summer Foods in Seoul:

7. Patbingsu 팓빙수: There isn’t a café or restaurant in Seoul that you can’t find this crushed ice and red bean dish. It has evolved from the simple (crushed ice, sweetened red beans, roasted bean powder, and some rice cake) to its current iteration, a monstrosity of shaved ice, fruit (kiwi, strawberry, peaches, watermelon, and tomato), ice cream, corn flakes, sweetened condensed milk, chocolate syrup, whipped cream, and (the essential) candied rice cake (떡). The formula might change a bit, but it’s like iced bibimbap. You take it all and mix it up. My favorite game is duk hunting. You get a couple of people together and fish around this delicious concoction to find the candied rice cake. The winner gets to bask in the envy of everyone else. 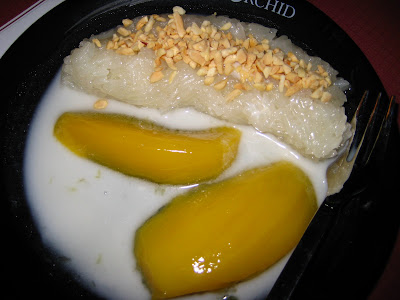 Mango and Sticky Rice from Thai Orchid in Itaewon. 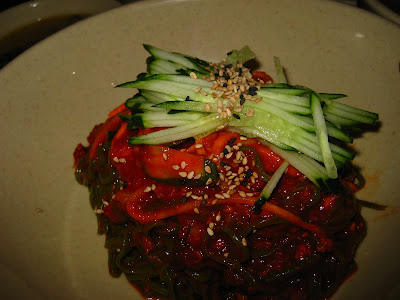 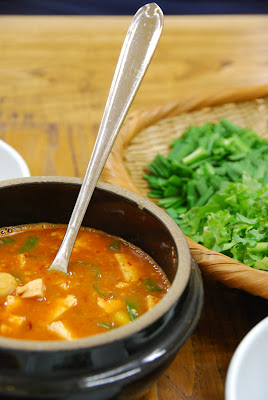 Tweit Malung: Go down Insadong Street and make a left at Dukwon Gallery at Hwaenamu-gil. Make the first left into the alley and it is in the basement and 2nd floor of the building next to a restaurant named Doo-rei.

I think after looking at all these pictures, I'm going to have to go off my fast. One more day to go. I'm only doing a 5 day fast this time.