Showing posts from March, 2016
Show all

Will it Trend? Tiramisu Ice Cream in a Cup 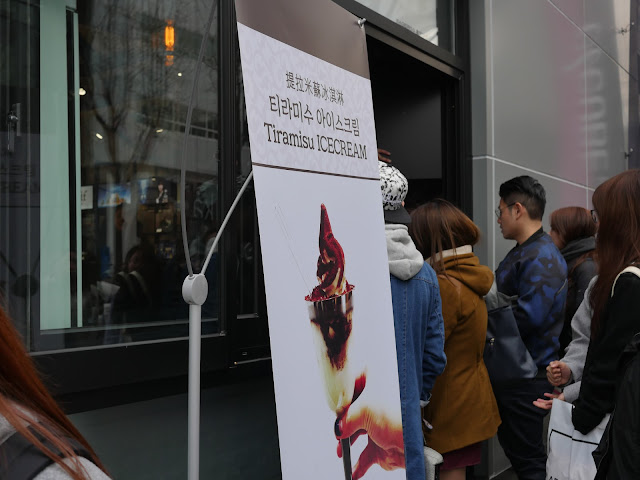 There was a long line of people (I would say about 15 deep) of people waiting for this treat in a cup. It looks good and if it trends, you'll soon find copycat versions of it all over Korea. Let's see if this will be the hit dessert this summer. Dan
Read More, See More >> 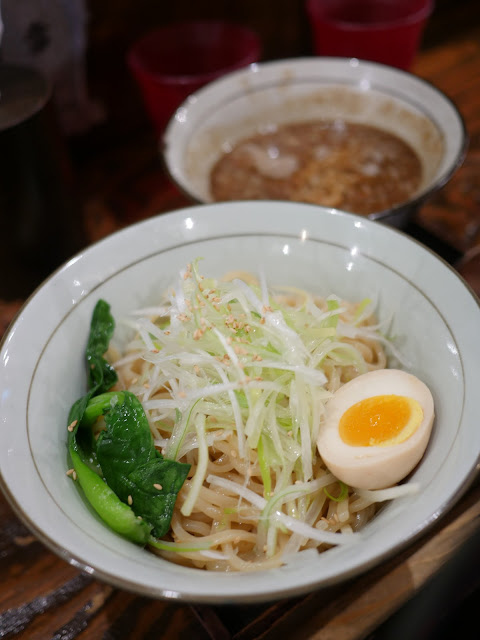 I have been told that I am a little noodle obsessed. The problem is that there are so many places to choose from in Korea that you just don't know is worth your time. That is the same case with Japanese Ramen. I have seen them come and go. Back in 2009 , I wrote a roundup of the best places but many of those places have disappeared. Of the 6 I wrote about only Hakata Bunkko is left. Luckily there is still Menya Sandaime over by Hongdae.  Now Menya Sandaime has been around for ages and they do have a chain but my friend Chad swears that this place is the best. I have to agree with him because it is my go to place when I just need a bowl of Japanese-style noodles. My favorite is the Tsukemen which has a bowl of thick, chewy noodles with a side of savory/spicy broth. you dip the noodles into the spicy broth and eat. It has a satisfying chew and an elusive spice. I have also gotten their regular ramen which has a rich broth and high-quality noodles. I usually get their gyo
Read More, See More >>

Dinner and a Movie: Batman vs Superman 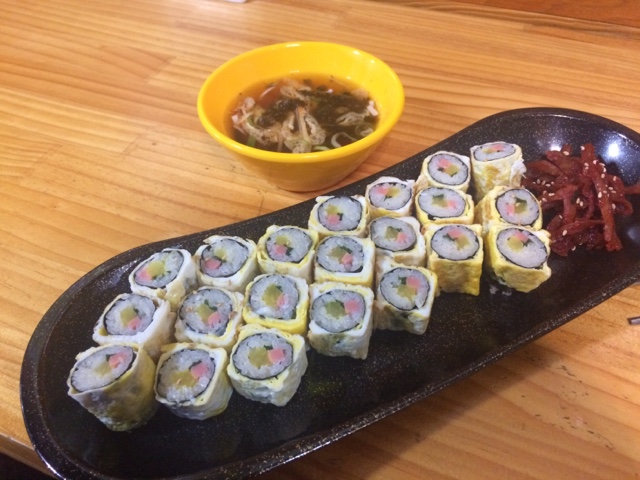 Last night after a grueling week I decided to treat myself to a movie. First I went and got some egg wrapped rice rolls and then I went to see Batman Vs Superman.  The rice rolls were great. The movie was a perplexing hodgepodge. It's one of these movies I will see once and never see again just so I can say I experienced it. Was it a waste of $10 dollars? No... Not at all but I think the studios will have dropped almost a quarter of a billion dollars on this very dark and nihilistic vision of a super hero universe. All I have to say is about this is, "Why so Serious?"  Director Zack Snyder's direction works for 300 and Watchman but not for Superman. Possibly it would have worked for Batman but he just doesn't have the directorial fortitude of Christopher Nolan. Nolan has clout and conviction even if logically the movie has fallacies (i.e. Interstellar and Memento). Snyder tries to build up the characters as mythical figures but when the moment of sacrifice comes t
Read More, See More >> 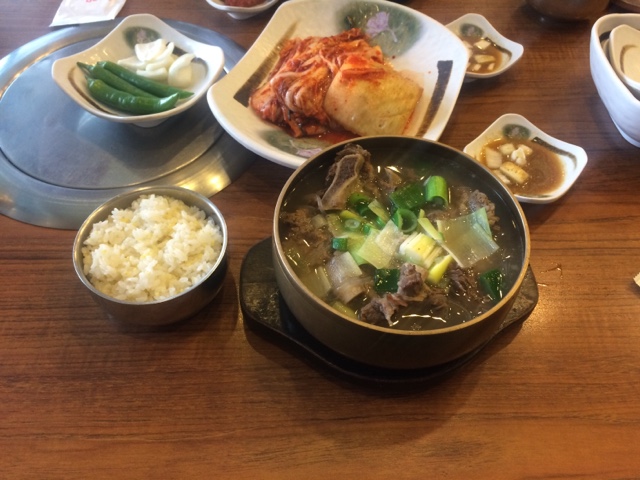 Sometimes you just want some tang. One of my favorites is Galbitang made from good beef bones in a clear broth. Good places will have their bones simmered for a long time and the meat and connective tissue should be very soft. One of my favorite places for this is Myeongin Deungshim in Bangbaedong. I think this place is a chain but this place really does it well here and it is famous at lunchtime. The broth is rich yet light and they don't skimp on meat. The meat is good quality as well (and so is the rice).  So if you are looking for a good Galbitang place. Come here!  Myeongin Deungshim
Read More, See More >> 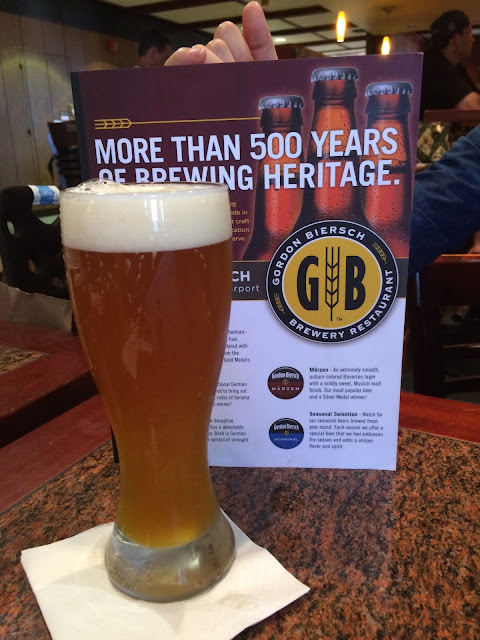 I was just sitting here thinking about Hawaii and how I would really love to live there. I feel Hawaiian inside. The last meal that I had was at the Honolulu airport at Gordon Biersch. I had an excellent beer, a burger and some garlic fries with the wife. Good memories. Now...once I get some time I'll be showing you some of my favorite other Hawaiian eats. Ok..now back to work. Dan
Read More, See More >>

Bibimbap at Home for #lunch. Delicious and Healthy.

Just wet my whistle at Mai Tai at @maitaibar getting ready for the @yevo43korea event! See you tomorrow! #eventplanning #korea

Saw Duke over by Waikiki Beach. If the waves are good, you gotta #surf matter what. #honolulu #Hawaii

Getting my shrimp on at @andy's kahuki shrimp. I love the flavor and the freshness of the shrimp. Would recommend if you are in @honolulu #Hawaii #honolulu #goodeats 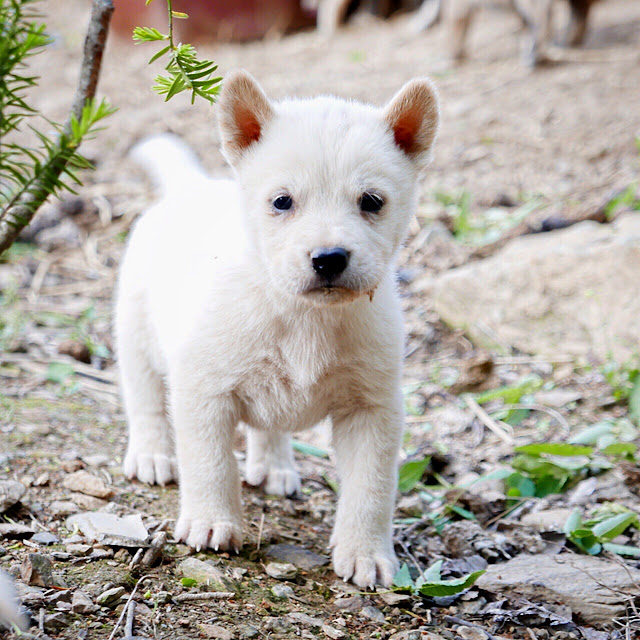 Stop Naming Dogs After Food! Cute Korean Dogs Korean dogs are cute. They are well groomed with their pink floppy ears and their trimmed tails with a pom-pom at the end. The outfits are quite lavish as well. The dogs can be dressed up like a cute princess, a buff Superman, or even a bumblebee. Usually the Korean dogs are smaller malteses, pugs, and poodles. They seem well loved and many look like they live a luxurious life evidenced by all the high-end bags they are carted around in. Overall, the dog life in Korea seems all right. Sure, it SEEMS all right.  However, when I ask about what the dog's name, most of the time they are usually named after foods such as Bap (rice), Mandu (Dumpling), Dubu (Tofu), Tanggun (carrot), Kimchi. I have even met one unfortunate dog named Gogi (Meat). Seriously, why is it that most Korean dogs I have met are named after food? Seriously, what's up with that?! Korea already has a negative reputation because it consumes dog mea
Read More, See More >> 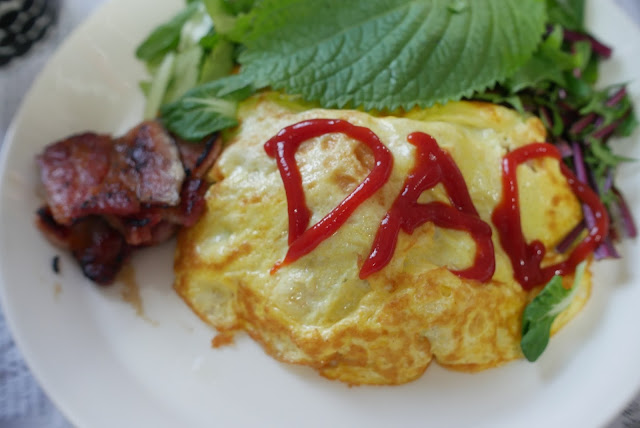 Omelette Rice Duck Lettuce Wraps Homemade Hickory Smoked Bacon Our home continues to cook all of our meals and so far it has been good. Yesterday, we did want to order some take out or delivery because we just wanted something greasy, but we resisted. Luckily we had some homemade hickory smoked bacon on hand. I simply grilled this up and made a sauce with vinegar, chilies and shallots.  For breakfast, I had omelet rice or what Koreans (and Japanese) call Omurice. To make this, I made a simple fried rice with onions, shallots, potatoes, soy sauce and a touch of vinegar. I then topped it with scrambled egg and served it with ketchup and a side of bacon and salad. For lunch we did duck lettuce wraps, bacon, dumplings, side dishes, soup and rice. It is not one hundred percent Korean but it does embody the Korean way of eating. Vegetables and rice are the main part of the meal and we are not over indulging in proteins. Ok, back to work and then its time to make break
Read More, See More >>
More posts